German identitiarians have created another iconic moment in the struggle against open borders in Europe. Fifteen members of the group scaled the famous Brandenburg Gate landmark in Berlin and unveiled a banner reading "Secure borders - secure future". 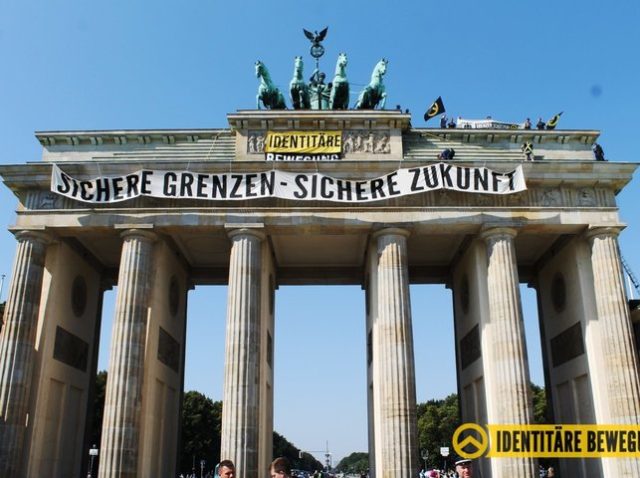 
According to their Facebook page the Identitarians say that the protest was to make the average German aware that Merkel and her government were clearly breaking German laws and that the migration crisis policies were an utter failure. The group spoke of the many migrants the German government was forced to admit they had no idea where they were and highlighted the recent terror attacks in Bavaria saying that the policies of a “multicultural utopia” were leading to a rapidly fragmented society.


And the reaction of the authorities? They are ramping up their liberalism to an absurd degree:


Berlin Mayor Michael Muller described the Brandenburg Gate protest as a “disgusting” act carried out by enemies of democracy, according to Germany’s RBB 24.

“Berliners will not allow the Brandenburg Gate [to be] misused as a symbol of exclusion,” he added.


That's what it has come to. If you don't accept open borders you are guilty of "exclusion" and are therefore "disgusting" and an "enemy of democracy". The German authorities sound like members of a strange political cult.
Posted by Mark Richardson at 9:48 am