I'm not sure how much longer independent social media will remain independent, but it exists for now and sometimes it's a source of genuinely alternative views. Here are some recent highlights from Twitter. 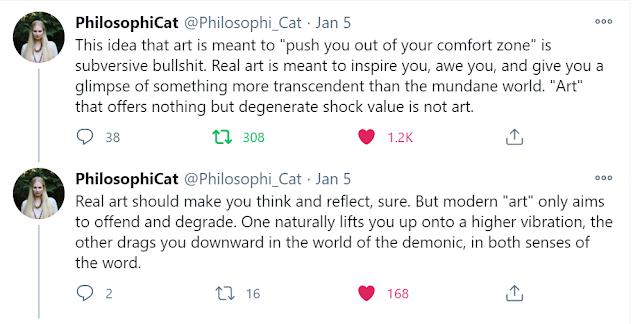 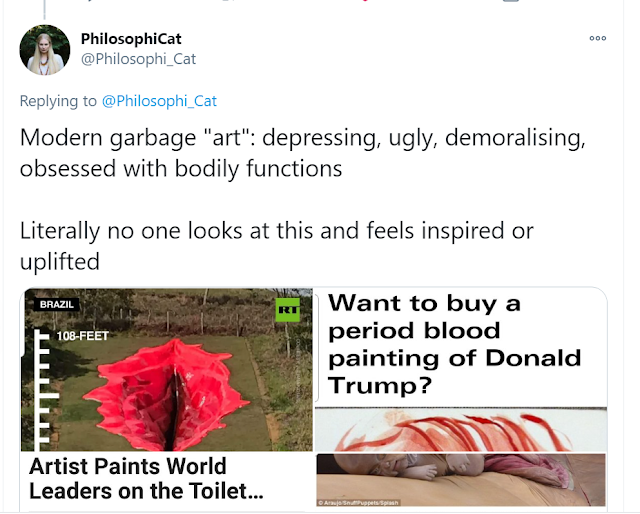 Liberals wanting our sex to not matter is still a thing. In the U.S., the House has voted to change the following terms in official communications: 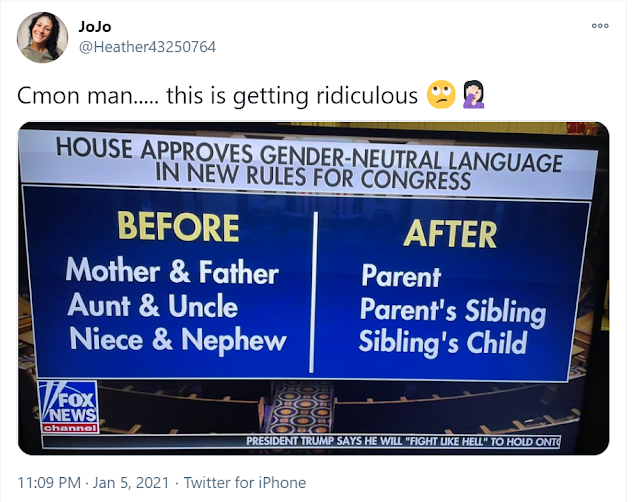 Here's a woman expressing one angle of female nature when it comes to relationships:

These rules never hold for all people in all phases of life. But I think we all know what she is getting at. For many women, the status of the man she is able to attract is felt to be some sort of measure of who she herself is. There is both a lesson for society here, but also a challenge. The lesson is that the more men a society can place in positions of status, the more successful marriages there are likely to be. The challenge is that it's not possible for all men to stand out when it comes to status, so there has to a managing of expectations if family formation is going to work well.

Here's another one on the topic of womanhood:

I always find it interesting when I read liberal philosophy that it so often hinges on a concept of human flourishing in which it is assumed that individuals will realise themselves in some sort of creative,  high-end career, such as being a concert violinist or a celebrated author. The problem is not just that it's not possible for everyone to stand out in this way, nor that it's so hopelessly an individualistic view of human society, but that it is blind to the meaning to be found within family and parenthood. To procreate, after all, is to participate in the ultimate act of creation, that of a human person.

And now for some black-pilling: 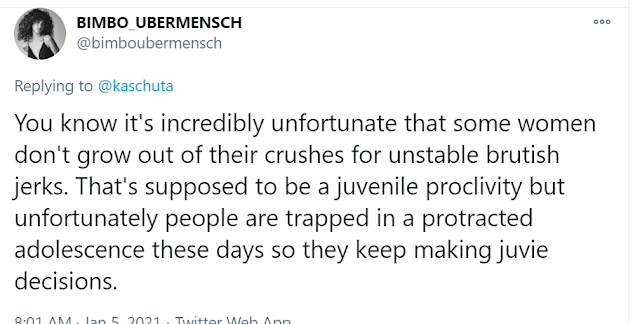 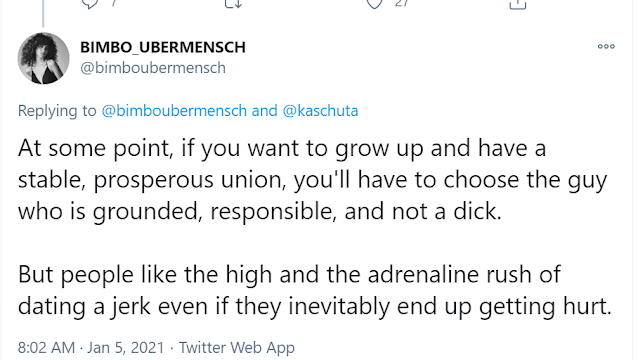 There is a reason why fathers dread the dating choices of their daughters and why there was once some effort to apply limitations. There are some women who are simply not physically attracted to "got together" men - these men don't meet them at the level of chaos and drama they are seeking. They want a Heathcliff.

Before the men reading this get too downcast, none of this rules out women being raised to accept marriage to decent men - it has happened before and can happen again. It just can't be taken for granted.

Finally, a positive message that I think hits the right note: