Sebastian Milbank: biology itself has become the enemy 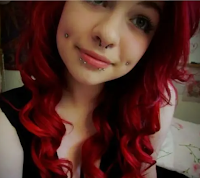 Does liberalism influence the way that individuals view their own bodies? Sebastian Milbank believes that it does and with dramatically negative consequences. He has penned a very thought provoking article which I encourage you to read in full. I think, though, that I can summarise the basic argument adequately, as I've made similar observations myself.

It begins with the liberal idea that we are to be liberated from any constraints on ourselves as autonomous individuals. Our sexed bodies, however, do represent such a constraint, as they point to our "telos" - to aspects of what we are designed to be and to do. Milbank himself observes that,

Nothing more expresses the teleological nature of human existence than the fact of our sexed bodies — sex and reproduction are a constant drumbeat reminding us that we don’t exist for ourselves, but for the sake of our descendants.

And so the logic of liberalism is that we must somehow assert our own autonomous self over and against our own body. How do we do this? Milbank believes that the gentler means of achieving this include "such new cultural practices as tattoos, piercings, non-natural hair colours, and of course gender non-conforming grooming and fashion". At a more extreme level there are:

The key passage in which Milbank sets out the ideological background to these developments is this:

If you want to understand the insanity of the past 20 years over sexuality and gender, you have to first get to grips with what liberalism is. At its heart is the concept of individual autonomy — the idea that the single highest principle of our society should be the absolute power and ownership of a person over their own body and being, and a no less absolute taboo on any outside force that seeks to compromise that autonomy.

Having stripped back many prior norms about male and female roles, sexual ethics and family life in the name of a broadly conceived “freedom” for the individual, liberalism has now taken a more introspective turn. After removing most of the outward and formal demands of law and society on the individual and their body, the individual must now be absolutely freed by purging themselves of the interior restraints they may still possess, and at the same time claim absolute possession of their own physical and psychic self.

In this interior battle, it is biology itself that has become the enemy. Nothing more expresses the teleological nature of human existence than fact of our sexed bodies — sex and reproduction are a constant drumbeat reminding us that we don’t exist for ourselves, but for the sake of our descendants. Severing sex and reproduction have long been a liberal project, and technological progress has certainly helped accelerate that process.

However the ideological project must go still further — even when sex is fully contracepted and bodies safely sterilised, our sexed nature is still stubbornly pointing and gesturing towards reproduction, reciprocity and the renunciation of the self in the embrace of the other.

The problem of solidarity

I have finished reading The Unintended Reformation by Brad Gregory. There is a great deal I could usefully comment on, but I'd like to focus on a single argument that Gregory makes in the conclusion. Gregory believes that whatever the successes of liberal modernity that it has internal contradictions which are undermining it.

One of these contradictions runs as follows. In liberal modernity there is no shared, substantive common good; instead "individuals self-determine the good for themselves within liberalism's politically protected ethics of rights". But this raises an issue. How do you hold together a society in which there are "incompatible views about what is good, true and right".

Liberalism found an answer, in part, by encouraging individuals to focus on the "goods life". Instead of publicly contesting the answers to the Life Questions, individuals would acquisitively seek out material wealth. Liberalism also relied for its stability on a legacy of shared commitments that were, in part, drawn from Christianity.

However, these two ingredients of the "cultural glue" helping to stabilise a liberal society ultimately work against each other. The focus on individual acquisitiveness undermines the social ties within which the cultural legacy was practised and sustained. But it is difficult in a liberal order to reject the pursuit of the "goods life", no matter how much it harms social solidarity, because it is a means by which the problem of hyperpluralism is tackled.

Gregory puts the argument as follows:

As a result, public life today, perhaps especially in the United States, is increasingly riven by angry, uncivil rivals with incompatible views about what is good, true and right. Many of these views and values are increasingly distant from substantive beliefs that derived most influentially from Christianity and that in the eighteenth and nineteenth centuries remained much more widely shared, notwithstanding inherited early modern confessional antagonisms. But the rejection of such answers to the Life Questions has led to the current Kingdom of Whatever partly because of the dissolution of the social relationships and communities that make more plausible those beliefs and their related human practices.

Most visibly in recent decades, this dissolution owed and continues to owe much to the liquefying effects of capitalism and consumerism on the politically protected individuals within liberal states, as men and women in larger numbers prioritize the fulfilment of their self-chosen, acquisitive, individual desires above any social (including familial) solidarities except those they also happen to choose, and only for as long as they happen to choose them. Which means, of course, that the solidity of these social "solidarities" is better understood as liquidity, if not vaporosity.

Nevertheless, these same liberal states continue to depend on the widely embraced pursuit of consumerist acquisitiveness to hold together the ideological hyperpluralism within their polities. Hence modernity is failing, too, because having accepted the redefinition of avarice as benign self-interest...it relies for cohesion on a naturalized acquisitiveness that simultaneously undermines other shared beliefs, common values, and social relationships on which the sustainability of liberal states also depends. (p.378)