200 anarchists attacked a hipster cereal café in London this week. The demo was not exactly sedate:


It was like a witch hunt. There were people with pitchforks, pig heads and fire torches. It was like something from the Middle Ages.


In a way the anarchists are confronting the new world that they themselves helped to create. The hipsters fit into the modern world. The main goods in the modern world are expressive lifestyle ones. Identity does not connect the individual to a higher truth, but is personal and can therefore be expressed playfully and ironically. Hence the hipster male: 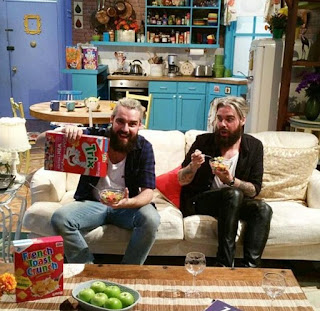 The anarchists claim to be opposed to hipsters, but are really just clearing the way for them. If you look at the anarchist slogans they are the predicable ones of opposing nation, family, religion, class and so on. But if you take away the settled identities and loyalties of a group of people, then what is left to them? There is not much there to generate larger values and commitments. People are left to find value in everyday lifestyle pleasures, perhaps in some new food or travel experience.

Predictably this does not stimulate a great interest in politics amongst the masses. The anarchists have noticed this and complain about people being zombies. But the logic of modern society favours the hipsters not the anarchists, particularly whilst economic conditions remain stable.
Posted by Mark Richardson at 10:05 pm 7 comments: 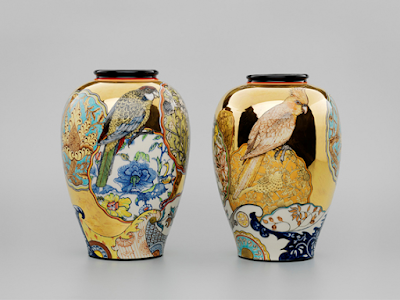 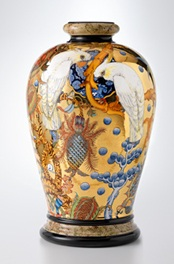 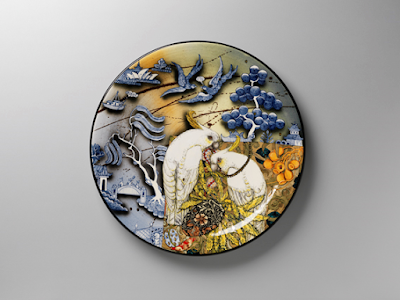 I think he succeeds in doing this. It's unusual as an Australian to see fine ceramic art decorated with Australian motifs. He has contributed in an original way to an existing tradition - built on it or added to it rather than seeking to entirely deconstruct its forms. The result is something that strikes you as being of enduring worth.
Posted by Mark Richardson at 11:52 pm 2 comments:

The biggest threat to your daughter?

The Daily Telegraph is a major newspaper here in Australia. In an opinion section it ran a piece titled "The biggest threat to my daughters is them being in a relationship". The author, Jodie Whittaker, writes:


I worry about the most lethal and emotionally devastating threat to each of my girls — being in a relationship.


So there you have it. A young woman being a relationship with a young man is now considered a lethal and emotionally devastating threat.

It's not difficult to respond to this kind of thing in terms of facts. Jodie Whittaker gets a number of things wrong. She writes:


That's not a recent statistic. It is a rogue statistic that has been doing the rounds since the 1990s (I have written about this statistic here and here). Suffice it to say that an Australian woman is about eight times more likely to self-inflict mortal wounds than to suffer such wounds from another person (i.e. the bigger threat to Jodie Whittaker's daughters is themselves not their boyfriends).

Similarly, it is not true that women are safer alone than when partnered. In 1996 the Australian Bureau of Statistics released a Women's Safety Survey which found that single women were 250% more likely to experience violence than those living with a partner (see here). It should also be noted that about 90% of cases of intimate partner homicide occur amongst a social underclass in which neither partner is employed.

The problem is that we can correct misinformation until the cows come home, but these kind of attitudes will persist, despite the fact that it is more natural for the men and women of a community to feel allegiance to each other rather than being set apart as enemies.

There is something about modern society that encourages this setting apart of men and women. Perhaps it is the loss of complementary relationships in which men and women needed each other and experienced a sense of completion through their relationship with the opposite sex. In such societies, sex distinctions were generally celebrated and formalised within culture, for instance, through acts of courtesy.

Perhaps too it is the use of sexual politics as a battering ram to gain a competitive advantage in the workplace (and moral status in society in general).

Or maybe it has to do with loyalty between men and women not fitting into the logic of a modern liberal society run along technocratic lines (channelling Jim Kalb here). Such a loyalty is "opaque" (i.e. not bureaucratically administered) and therefore antiquated or irrational in modernist eyes.

Or it could be that there is a fear that without the demonization of husbands, that young women might be tempted to see the roles of wife and mother more positively.
Posted by Mark Richardson at 9:44 pm 5 comments:

I'm going to start posting again after a very long absence. I'm not sure yet if I'll remain with this site or set up something new, but I'll be here for a while at least. I won't have as much time as before for regular updates, but I'll do what I can. I'd like to thank Mark Moncrieff for having kept the banner of Australian Traditionalism flying at his site Upon Hope and for having kept the Melbourne Traditionalists group active in my absence.
Posted by Mark Richardson at 2:01 pm 20 comments: