I'm proud to say that Movember began here in Melbourne in 2004. If you're not already familiar with it, Movember is a charity movement in which men grow a moustache in November in order to raise money for men's illnesses, such as prostate cancer.

Movember has now spread internationally, but has found a critic in left-wing academic, Arianne Shahvisi. She complains about men growing moustaches for Movember because of the,


pernicious gendered and racial connotations carried by the practice


What are these pernicious practices? Well, you have to follow some convoluted logic here. According to Arianne Shahvisi if a white man grows a moustache for charitable purposes it thereby "others" men from other ethnicities who have a permanent moustache:


With large numbers of minority-ethnic men—for instance Kurds, Indians, Mexicans—sporting moustaches as a cultural or religious signifier, Movember reinforces the “othering” of “foreigners” by the generally clean-shaven, white majority.


It's a bit unusual to think that beards and moustaches are not Western. I sported a beard and moustache for a time in my 20s and if you go back to the 1800s, it was common for Western men to have facial hair. But that too is read as "racist" by Arianne Shahvisi. She thinks Western moustaches are a reminder of the Western colonialism of that century:


We are not simply considering an arbitrary configuration of facial hair, but one that had particular, imperial connotation to British men of our grandfathers' generation and currently has a separate cultural valence for men from certain ethnic groups. Moustaches, whether or not “mo-bros” mean theirs to be, are loaded with symbolism.


Arianne Shahvisi's complaints don't stop there. She believes that moustaches are not inclusive enough. After all, not every man can grow a moustache and nor can every woman:


Further, the inclusivity of Movember deserves examination. For one, only men (and even then, only some men) can grow a moustache. The decision to focus on the moustache to raise awareness of men's health issues might seem like an apposite one ... but it reinforces the regressive idea that masculinity is about body chemistry rather than gender identity, and marginalises groups of men who may struggle to grow facial hair, such as trans-men.

In solidarity with Movember, some women have also relaxed normative shaving-etiquette during “No Shave November.” Instead of being met with the same teasing words of encouragement, many have been subject to ferocious abuse across social media, reflective of the intolerability of women's body hair...


Nor does she like the Movember parties. According to her they are about,

Meanwhile, female attendees take on the uniforms that now seem fit for any occasion, yet really for none at all: Playboy bunnies, air-hostesses, nurses, cheerleaders. Unsurprisingly again, the woman deemed best-looking or best-dressed picks up the title of “Miss Movember”. Set against this damaging carnival of normativity, an official Movember t-shirt slogan "Moustaches against Establishment" seems particularly empty and hypocritical. This culture is summarised in the language of the website, which is itself a lesson in how to reinforce traditional conceptions of masculinity (witness: 'fighting the good fight', 'moustache army', 'flying the flag'), once again precluding the ostensible aim of breaking down the norms that force men to adopt pre-packaged roles... 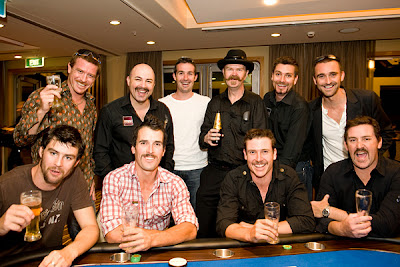 Those two paragraphs are densely packed. To summarise:

Conclusions? The really obvious thing about Arianne Shahvisi's column is that although it is supposed to be against racism and sexism it is, in fact, an unpleasant diatribe against white men and, as such, is itself racist and sexist. It could hardly be clearer that Arianne Shahvisi looks on white men as being exceptional - in a negative sense.

We're likely to get more of this kind of thing. The academic left seems to want to pursue the idea of "microaggressions" - in which small, seemingly harmless things are revealed to be acts of aggression against minorities.  I don't think this will play out well for the academic left - it comes across badly, like an act of bad faith, as in Arianne Shahvisi criticising Movember.
Posted by Mark Richardson at 8:40 pm