Who would you choose to guard violent prisoners?

This is one of those stories you have to shake your head at. As we know, the Swedish state takes its liberalism very seriously. One aspect of liberalism is the belief that individuals should be self-determining. Since our sex is something that we don't self-determine, liberals often conclude that it should be made not to matter in an individual's life choices.

Therefore, a woman should be able to become a prison guard just as a man can, even if she is small and slightly built and in charge of large, violent, murderous men. In fact, according to Daniel Hammarland, at some Swedish prisons the majority of staff are now female.

Can you predict the result of this particular application of liberalism? The result is that there will be small, slightly built women bashed brutally to death by much larger, stronger, more violent men. This is what happened to 25-year-old Karen Gebreab in a Stockholm prison earlier this month. The details of her death are truly shocking.

The 5'2 (159cm), slenderly built guard was sent to accompany a 28-year-old prisoner, Erik Ljungström, who wanted to smoke a cigarette. Ljungström's crimes include attempted murder for stabbing a man three times with a knife, followed by his arrest after his release for attacking a childhood friend with a knife.

The only other guard in the vicinity was also female. Ljungström began his assault on Karen Gebreab by attacking her with his fists. She fell to the ground. The second female guard rushed in with a baton, but as guards aren't allowed to hit prisoners on the head, she hit him on the arm instead. He simply grabbed the baton and used it to bash Karen Gebreab. She was hit with at least 40 blows. When a couple of mintues later some male officers arrived, Ljungström stopped and surrendered. But Karen Gebreab died shortly after.

Here are the photos, first of the prisoner: 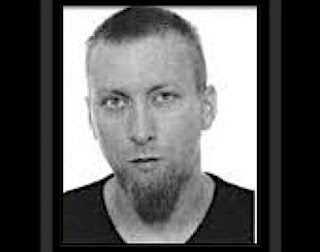 And the victim (she is in the yellow shirt in the left-hand bottom corner): 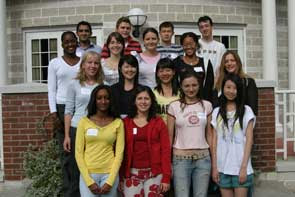 As you can see she is petite, even by female standards. She would have had little chance against a male inmate.

The problem with trying to make our sex not matter is that oftentimes it does matter. So you either have to admit that the principle is flawed or else detach yourself from reality. The Swedish state, it seems, prefers to be detached, despite the harmful consequences of being so.
Posted by Mark Richardson at 9:00 pm