Here is an achievement worth noting. Truro is a town in Cornwall, England, with a population of only 21,000. But it boasts a magnificent cathedral. 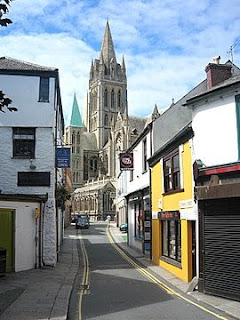 So is this something created in the distant past? In fact, the cathedral was begun in 1880 and completed in 1910. So only about a century ago the English were still adding such magnificent buildings to their nation's heritage. 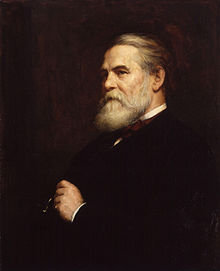 Pearson designed many churches including St Augustine's in London, the interior of which is shown below: 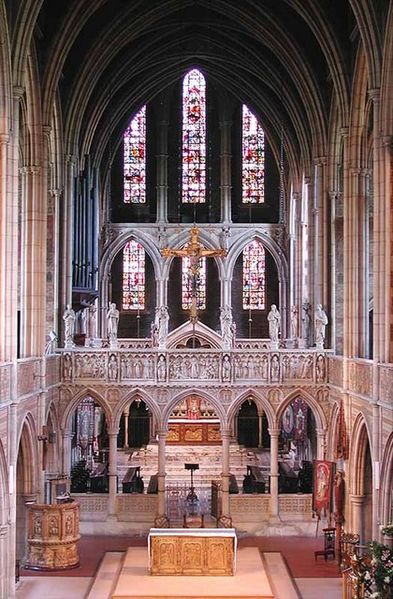 I wasn't able to find a good photo of the interior of Truro Cathedral, but you get an idea of how fine it is from the following YouTube clip:

Posted by Mark Richardson at 9:53 pm