There has been a big focus on transgenderism over the past few years. The official account of this is that there are large numbers of young people who are trapped in the wrong body and who therefore should "transition" into the right body, either by a change in outward appearance or, more radically, through the use of hormones and surgery.
There are now some young people, however, who have gone through this process and have regretted it to the point of choosing to detransition. It is worth the effort to read through their accounts of what led them to adopt a trans identity, because they do not match the official explanation. I read two such accounts on the weekend; I'll summarise them below, but the message is probably better imparted by reading the originals.
a) Tree
"Tree" begins his account by pointing out, with some skill, the contradictions of the ruling "gender ideology". He then explains how he came to adopt a trans identity. It began when he was fifteen and became involved in a left-wing Tumblr online community:

When I was fifteen years old, I adopted a kaleidoscopic, schizophrenic ideology patched together from hundreds of individual posts talking about feminism, disability, gender identity, queerness, race, capitalism, and leftism. I didn't have the context for any of it, and neither did any of the other teenage kids on Tumblr at the time–of which there were many...We took this stuff in and internalized it. We believed it.

According to Tree, many of the trans people he knew did not really believe that they were born into the wrong sex:

Radical transsexuals will admit, to trusted cult members, that they believe gender is socially constructed. They'll admit that they weren't born trans, but chose to become trans.

But why choose to become trans? Tree describes very ably what he calls the "metaphysics" behind the movement - a set of assumptions about the world and human ends. It sounds very much like a modern Gnosticism. If you are familiar with the concept of "immanentizing the eschaton" you will recognise it in his account of the trans philosophy.

In short, Tree describes a vision of the world in which the world as it exists is wicked; in which souls are trapped in bodies ("corrupted material forms"); in which knowledge of evil allows us to be special, to be virtuous; in which this knowledge leads ultimately to a victory over the evil ones and the radical transfiguration of the world into a place of utopian equality and freedom.

He describes the trans philosophy he adopted as a young man as follows:

The world is wicked, and it is that way because it was made wicked by the Enemy...[the "White Supremacist Capitalist Cis-Hetero-Patriarchy"]

One has to understand the nature of the world’s evil before one can repair it. The first step in obtaining that knowledge is realizing that our bodies are not us, but things which we're trapped inside of. We're not humans; we're ghosts haunting rotting corpses. To stop the Enemy, trans people need to make us all understand that our true selves don’t exist in our corrupted material forms. This is what gender identity actually means: We are not our bodies.

This is a view of the material world as fundamentally evil and corrupt which is commonly associated with Gnosticism. It encourages the idea, as Tree points out, that "we are not our bodies" - which then makes possible the disconnect between our physical sex and our personal identity.
The next step is to believe that some people are marked out in a special way to transcend this corruption. According to Tree, it is those who are most marginalised through their embodiment who, via their suffering, rise to virtue:

Virtuous souls have been unjustly trapped in profane flesh. The most virtuous are those who suffer most from their embodiment: women, “queer” people, the disabled, those lower in the hierarchy of the racial caste system...These are the Marginalized. The Marginalized are the chosen people. They are chosen because they suffer.

Trans people are especially virtuous within this schema because they choose their own marginalisation:

According to Tree, this underlying philosophy leads trans people to be highly motivated activists for the cause, rather than simply wanting to integrate into society. The ultimate aim is the familiar modernist one of maximum individual autonomy, where we can do as we will and where distinctions between individuals have been erased:

The dream of the trans movement is of a world where no one has to do anything they don't want, where no one is forced to work, where everyone can indulge their every desire without fear or shame, where all distinctions between people have been abolished and we're all completely equal. In a word: Utopia.

Helena's account is longer and more personal, but it overlaps with the previous one. She begins by asking:

But what leads a girl with no history of discomfort with stereotypical “girl” toys and clothes, or even the slightest desire to be a boy in childhood, to want to be a “man” through hormonal injections as she approached adulthood?

She did not have as happy a family life as might have been desired and so at age fifteen found herself on Tumblr as part of an online community of disturbed teenage girls who were prone to self-harm and eating disorders.

This community was also dominated by intersectional politics, in which being a "cishet white girl" meant having to be apologetic:

On Tumblr, the situation was such that any claim to being “oppressed” would accumulate social credibility, while any unfortunate “privileged” status was justification for verbal abuse. As a “privileged” person, you were expected to constantly grovel and apologize, you had no right to speak on any issue involving the group you were “oppressing”, and you could not object in any way to any mistreatment hurled against you because of your race, gender, or sexuality.

I found myself in a bit of a double bind. On one hand, I had found what felt like the perfect group of friends who understood me on an intuitive level, who I was able to talk to openly about the things I liked and made me “weird” in real life, but on the other hand I was a “cishet white girl” in an environment where that was one of the worst things to be. Since Tumblr users are mostly biological females, the “cishet white girl” holds the position of most privileged and therefore most inherently bad group. In this climate, you are made to feel guilty and responsible for all the horrors and atrocities in the world...

Its understandable that any young person exposed to this kind of belief system would grow to deeply resent being white, “cis”, straight, or (biologically) male. The beauty of gender ideology is it provides a way to game this system, so that you can get some of those targets off your back and enjoy the camaraderie of like-minded youths. You can’t change your race, pretending to have a different sexuality would be very uncomfortable in practice, but you can absolutely change your gender, and it’s as easy as putting a “she/they” in your bio. Instantly you are transformed from an oppressing, entitled, evil, bigoted, selfish, disgusting cishet white scum into a valid trans person who deserves celebration and special coddling to make up for the marginalization and oppression you supposedly now face. Now not expected to do as much groveling and reaffirming to everyone how much you love checking your privilege, you can relax a little and talk about your life without wondering if you are distracting from the struggles of or speaking over marginalized groups, because you are marginalized too. With the new pronouns often comes a wave of positive affirmation from friends and followers, and the subconscious picks up quickly that there’s a way to make the deal of being on Tumblr even sweeter.

So by putting a "she/they" in her bio, she put herself in a much better position within the Tumblr community she belonged to.

She also became heavily involved in fanfiction, in which the main characters were boys and she began to identify obsessively with their lives; she was too bashful to see herself at this time as developing real life relationships with the opposite sex (she provides evidence here for the idea that trans identity is sometimes motivated by wanting to become the sex you are attracted to).

She provides this well-written summary of the pressures that led her toward a trans identity:

My perception of myself as trans formed in the intersection between overwhelming emotional struggles, heavy fantasy, emotional and intellectual infatuation with males (real people, fictional characters, and the idea of males generally), fanfiction, social and ideological incentives to be trans, and insulation from experiences and perspectives that might have challenged the views I was developing about myself and the world.

She went as far as taking testosterone for a period of time, but this made her emotional and psychological condition only worse and so she decided to detransition. It took several years for this process to take effect, but you can see from the photo below how she has recovered. 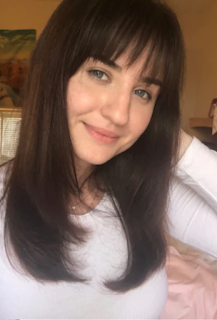 It may not be the case that all young people who seek to "transition" do so for the same reasons as the two people I have discussed in this post. Even so, these two accounts should give us pause for thought when it comes to how we approach transgenderism and transitioning.
Posted by Mark Richardson at 7:27 am