It can seem at times that liberal moderns have a disdain for moral standards. I once wrote a post, for instance, about a controversy surrounding the singer Cardi B. She had made a music video featuring a host of semi-naked women "twerking". In response to criticism she argued that the video showed that women could do whatever they wanted. Fans similarly defended her by arguing that it was empowering for women to express their sexuality however they wanted to and that the video positively expressed female bodily autonomy.

This is the libertine or permissive aspect of liberalism. It almost directly expresses a Hobbesian metaphysics. Hobbes, if you remember, believed that humans were acted on to pursue their passions. No desire could be held to be either better or worse than another. What mattered was a freedom to pursue our own desires with the least constraint from other people. To have this freedom required power. We are therefore "empowered" when we can act with the least constraint in pursuit of our desires whatever they might be. Just like Cardi B.

However, I don't believe that this is the end of the story when it comes to liberal moderns and morality. As I attempted to describe in my last post, most of my liberal acquaintances are not libertines. On the contrary, they are conscientious to a fault and keenly want to be thought of as good people (which perhaps helps to explain their moral conformism, i.e. their need for a group consensus in taking a moral position).

The problem for these liberals is that they are attempting to process moral decisions through a distorted moral framework. Professor Jonathan Haidt identified five moral foundations in world cultures; unsurprisingly the three "group focused" moral foundations have withered away in liberal societies, leaving just the two "individualising" foundations, namely fairness and harm. If you no longer believe that it is moral to uphold the group you belong to, then issues of "fairness" will not consider the impact of moral decisions on the cohesion of your own longstanding communal traditions. 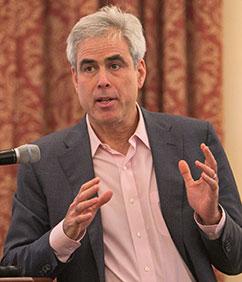 Imagine you are a liberal and have no concern for the "loyalty" moral foundation. It might then seem perfectly moral to you to have open borders because if you are only considering things in terms of "disgrouped" individuals, then there will be no reason to see your relationship with someone living in a different and distant culture any differently to your relationship with your own countrymen. It will, in fact, seem unfairly "discriminatory" or even "racist" to make such a distinction.

It has profound consequences to abandon the group focused moral foundations. Not only does it dissolve, over time, the "thicker" forms of human community, it means that we are no longer culture bearers, but rather something like tourists looking on as outsiders to the cultures of others, or even (as in welcome to country ceremonies) acknowledgers of the ancestry of others rather than our own. If we are no longer culture bearers, then we lose to some degree a meaningful connection to people and place and to a tradition that connects us to past and future generations. We have less reason to feel a sense of duty to uphold, defend or improve upon the standards of the tradition we are responsible for and there will not be the same sense of pride and achievement in what our own forebears have accomplished.

As an example of a more traditional mindset, consider the Ephebic oath that the young men of Classical Athens swore:

My native land I will not leave a diminished heritage but greater and better than when I received it.

Of course, having the group focused moral foundations does not mean that you cannot also have the individualising ones as well - it is a matter of balancing the two. In Jonathan Haidt's research, he found that this is what conservatives tend to do.

Which brings me to my final point. It is common for the churches to try to signal a more selfless kind of morality by emphasising the idea of service to others. This, it is true, does not fit in readily within a Hobbesian framework.

It is notable, though, that the end product is usually the same as that of liberal moderns. It leads the churches to call for more porous borders, for a greater flow of refugees, for an end to discrimination and so on. The problem, again, is that the ethos of service to others is being interpreted through the individualising moral foundations that have been left standing within a liberal culture.

There are honourable exceptions to this trend that show how differently an ethos of service appears when it is expressed through a more complete set of moral foundations. You can see this in the writings of Cardinals Robert Sarah (here, here and here) and Raymond Burke (here). Historically, you have figures like Bishop Clemens von Galen of Munster.

Joining a church might therefore have a positive benefit to an individual, but it is not a political solution in itself. It will not, in itself, restore the group focused moral foundations, particularly when these have already been so deeply undermined.

There is no easy way out, but one positive step would be to decisively reject the metaphysics that we have inherited from men like Hobbes. How, for instance, can we restore the moral foundation of loyalty, if we still follow the anthropology which begins with the idea of men being set apart from each other in a state of nature, in a war of all against all, and only brought into coexistence via a social contract?

Posted by Mark Richardson at 8:29 pm