Debating morality in a liberal age

If liberalism is to be reduced to any single position it is the belief that autonomy is the overriding good in life.

I was reminded of this when reading a Twitter debate about abortion. The anti-abortionists were arguing that a woman should not take the life of the fetus in her womb. The pro-abortionist rejected this on the basis that the woman's autonomy trumped everything else.

He took this position to its logical conclusion in tweets like the following: 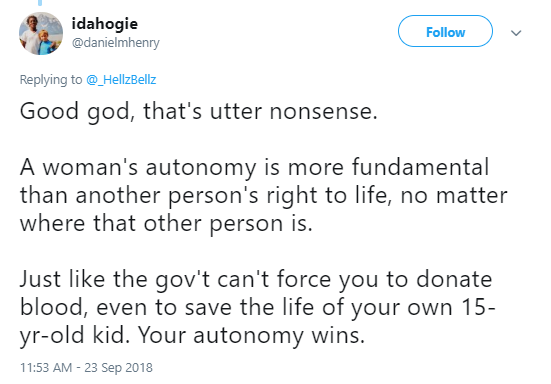 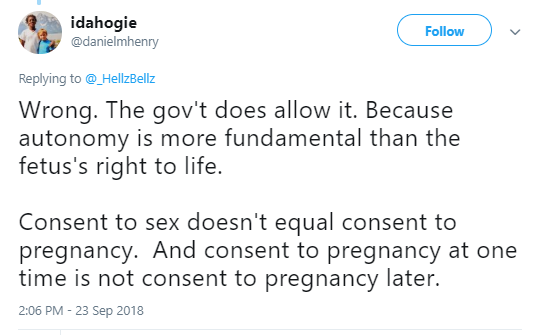 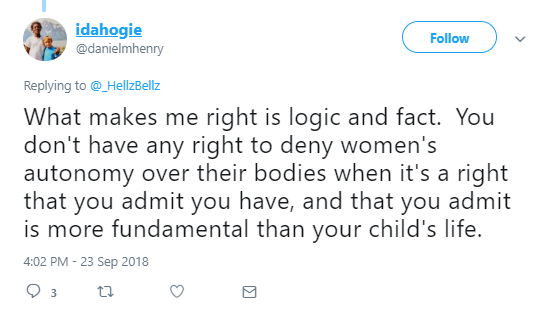 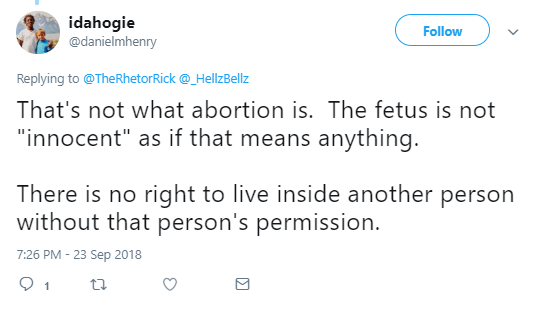 Something becomes moral, in this point of view, not because of its intrinsic nature, but if it is consensual. If a fetus fails to gain consent from its mother to live in her womb, its position becomes morally untenable. That is where the logic of making autonomy the ultimate test of morality - the ultimate good - takes us.

Update: A participant in the debate added what I think is a good insight into the possible mindset of liberals like "idahogie". It's worth considering: 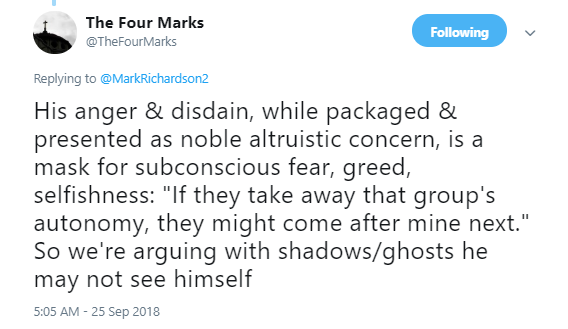 Posted by Mark Richardson at 11:18 am