The American left has managed to seize defeat from the events at Charlottesville. How? By being emboldened to show the world what their vision for the future is. It is an extraordinarily dystopian and ugly vision, in which leftist rancour is directed at "abolishing whiteness" via measures that would not seem out of place in a George Orwell novel.

After Charlottesville there was an intensive media attack on the alt right and a lionising of the left and antifa. But then the left decided to attack not only the alt right but white America itself. The aim is a kind of erasure - the overthrow of a people, its symbols, its history, its future existence.

And so the stark message is that the there is no option but to continue to fight back politically against the left - to resist the future (the non-future) they have planned for us throughout the West.

To get a sense of the way the agenda of the left is now oriented, consider the following visuals. The first is antifa making no secret of what their aim is: 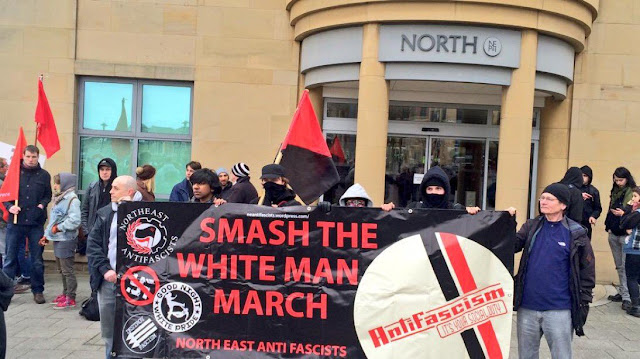 Then there was a rash of leftist crowds bringing down statues of white men, initially Confederate figures, but later any white figures: 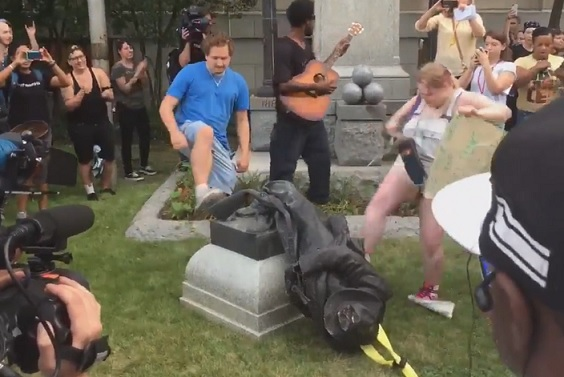 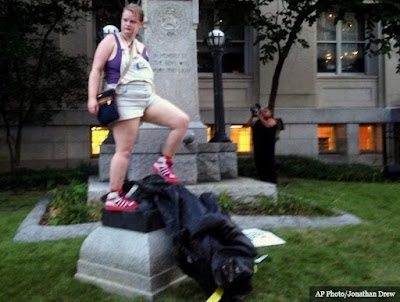 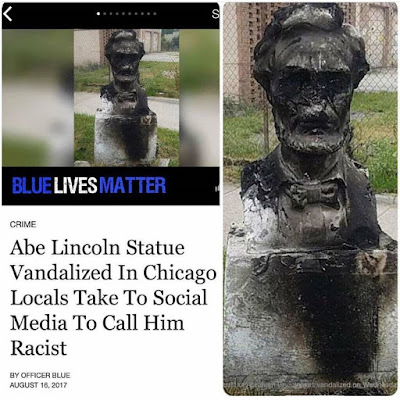 There was support for the statue attacks in the leftist media: 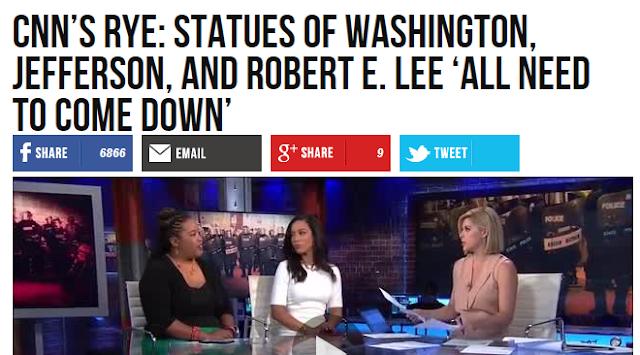 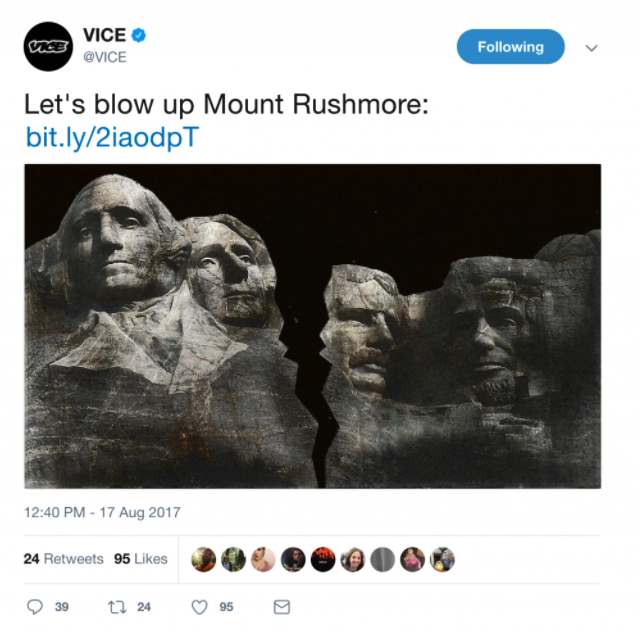 It didn't stop at statues: 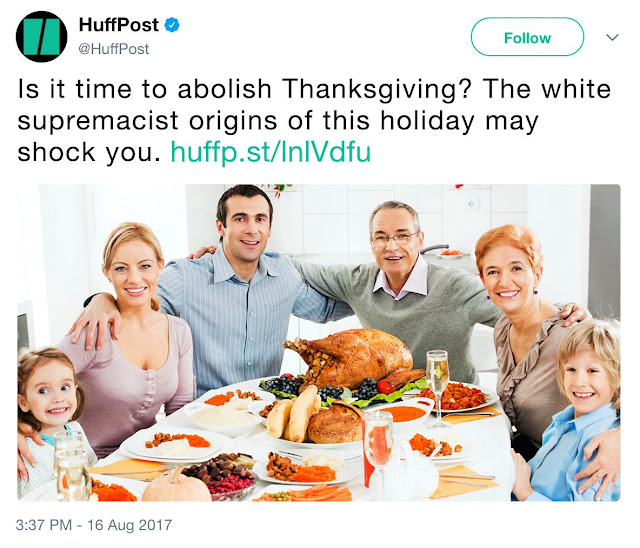 There was excited talk of white extinction: 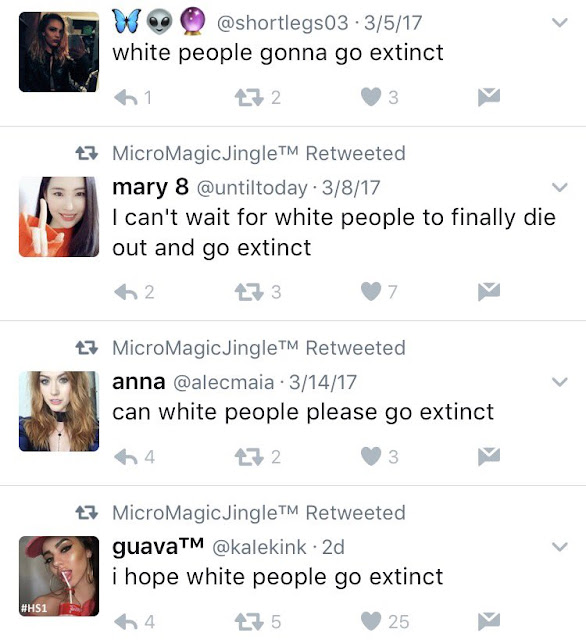 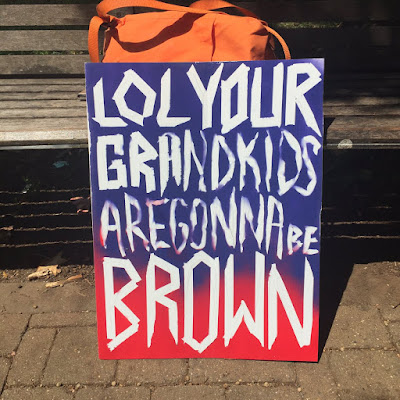 If you have a sense of how disfigured the leftist mission is, then it brings into sharper relief the significance of resistance to it. We are now the bearers of the best of the Western tradition. On our shoulders the future of this tradition rests. It is a great undertaking. 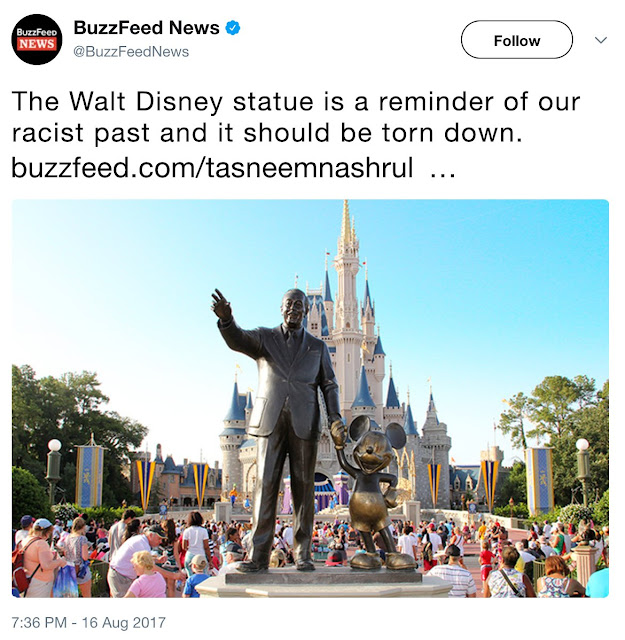 Update 2: And now, predictably, a statue of a Catholic saint has been attacked and there are calls for it to be removed: 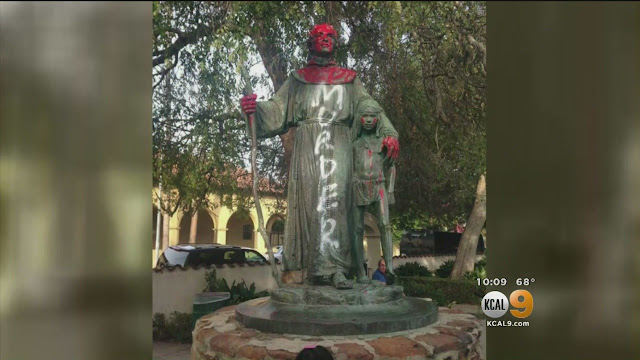 Posted by Mark Richardson at 11:11 pm