She found him handsome? 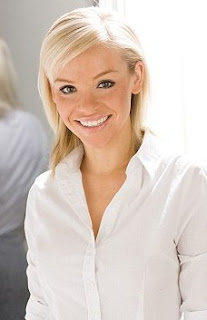 You may be aware of the story of Katie Piper. An English girl blessed with good looks, she worked as a TV presenter and model. Then she met a man on the internet, Daniel Lynch, and embarked on a relationship with him.

Two weeks into the affair, he attacked her, raping and beating her. She didn't report him, and even agreed later to go to an internet cafe to read an email he had sent her.

Lynch, though, had arranged for a friend to throw acid on her face. She has since courageously gone through 30 operations to overcome her injuries, but is permanently disfigured.

Lawrence Auster has commented on the story, noting that liberalism leaves some young women naive and vulnerable:

What is there to say? Women have basic weaknesses built into their nature. Traditional society provides girls and women with an upbringing, a formation, that gives them the ability not to give into those weaknesses, for example, to fend off alluring but dangerous men. But in liberal society, they have no formation, no guidance, no upbringing, except for the liberal message to be open, to pursue your desires, and not to judge people.


One thing that struck me about the story is Katie Piper's description of her first encounters with Daniel Lynch:

when 33-year-old Daniel Lynch, a martial arts enthusiast, emailed Katie to say he’d been following her career, she admits she was instantly attracted.

‘He was wearing a martial arts suit in his picture and I’d been doing some promotional work for martial arts in the UK,’ she explains.

‘We seemed to have a lot in common and, to be honest, looking at his picture, I fancied him.’

A few days later Lynch turned up at a promotional event in Reading where Katie was working.

‘He seemed quite shy and nervous when we first met,’ she says. ‘We just had a nice, normal chat. He was 6ft 4in, quite macho-looking and handsome. I liked what I saw.’


Handsome? I don't think there is an iota of handsome in the face below. 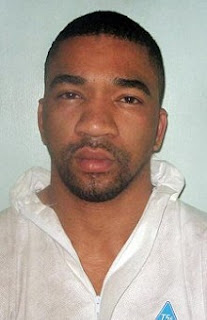 He looks like the thug that he is. Prior to attacking Katie Piper he had convictions for violence and had been jailed for throwing boiling water on the face of another man.

But Katie Piper, a well-spoken English woman from a comfortable home, thought him macho looking and handsome and liked what she saw. She was sexually attracted to thuggish features in a man.

This relates, I think, to something I wrote about in a recent post. In most societies sex, romantic love and marriage are integrated so that each influences the culture of relationships between men and women.

Feminists have demanded, though, that women be "sexually liberated", meaning that they are to pursue relationships without regard to romantic love or marriage.

If a woman like Katie Piper had been influenced by a culture of marriage, it's highly unlikely she would have selected a man like Daniel Lynch. A culture of marriage makes for a well-considered and forward looking choice of mate. A woman will want a man who will be emotionally stable, loyal, and a good provider. She'll want a good role model for her children. She'll want someone with whom she can create intelligent and attractive children. She might, too, prefer a man of similar background, so that she can see herself in her own children and perpetuate her own lineage and culture.

If a woman like Katie Piper had been influenced instead by a culture of romantic love, she may have acted more impetuously, without thinking about the larger consequences of her choices. Even so, she still would probably not have chosen a man like Daniel Lynch. She might have preferred to look for a man who cut a dashing figure, who had wit and intelligence, who had achieved some prominent position in society, who was confident and popular with women and so on.

But what if a woman like Katie Piper is "sexually liberated" in the feminist sense? Then none of the above matters as much. It no longer matters if a man like Daniel Lynch is low IQ, emotionally unstable and unconfident in his dealings with women. What he does have is a raw display of high testosterone in his thuggish features and his propensity toward violence. This is what makes him sexually appealing and even "handsome" to a well-bred Englishwoman.

In the past, it was more likely to be the lowest socio-economic class which pursued relationships crudely through such basic sexual markers, without regard for a culture of romantic love or marriage. Perhaps England has now reached the point at which a middle-class culture is failing and giving way to lower-class mores.

So what's to be done? One thing to consider is that returning to a culture of romantic love isn't enough. You can believe in love and still be terribly naive about relationships. If all that matters is falling in love, then why would your culture provide you with any guidance? It wouldn't need to, as it's all based on feelings in the moment.

The balance between sex, romantic love and marriage matters. All three need to influence us in the "internal culture" of our minds when we relate to the opposite sex.

But the mainstream culture is increasingly losing the romantic love and marriage aspects. What can we as individuals do in response to this?

I think it's true too that young women who are less exposed to the influence of feminism in higher education (and who therefore don't make a feminist "sexual liberation" a kind of personal belief system) are also more likely to select for men more traditionally.

Whether talking openly to daughters about these issues helps or not, I'm not sure. But parents could at least try to point to the dangers of certain choices and behaviours. We could try to make our daughters aware that openness and non-judgementalism can have tragic consequences in real life and that they need to act prudently in their relationships with men.
Posted by Mark Richardson at 10:25 pm