Why does Sophie Lewis want to abolish the family? 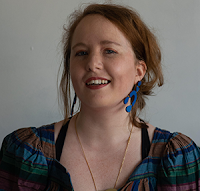 Her plan is straightforward enough:


"In Lewis's utopian future, the family as we know it no longer exists. Everyone, regardless of gender, is a surrogate; we mother each other."


Apparently there won't be any fathers, just mothers of both sexes. And our mothers won't be those who gave birth to us ("gestators" is her term for those who fulfil this role, children are "neonates"). That's why Sophie Lewis refers to her own mother as her "closest bio-relative"; her "mothers", after all, could be any number of men and women who form some sort of loose care-giving circle.

Her ideas do fit in well (in a radical way) with the state ideology. If liberals want us to be self-defined, then deconstructing unchosen kinship relationships will be thought of as progressive. But this still leaves the question of why someone like Sophie Lewis is attracted to this modernist mindset. No one, after all, is forcing her to push the liberal worldview to ever more radical outcomes.

I do think I can explain why she thinks the way she does. But you'll have to permit me a little philosophical detour. In the recently published book Our Borders, Ourselves, Lawrence Auster asserts that the father represents more than just himself as an individual man:


Symbolically, the father is the structuring source of our existence, whether we are speaking of male authority, of the law, of right and wrong, of our nation, of our heritage, of our civilization, of our biological nature, of our God. All these structuring principles of human life, in their different ways, are symbolically the father. The rebellion we've discussed is...a rebellion against the father. The belief that the universe is structured, intelligible, and fundamentally good, and that one can participate in this universe - this is the experience of having a father, which is the opposite of the experience of alienation that drives contemporary culture.


The Danish historian Henrik Jensen has a similar view. His view of the "father" is described as follows:


The masculine — which Henrik calls the “father” — is not simply about men as individuals but is an essential aspect of culture.

He sees it as the vertical dimension, which includes everything that human beings have looked up to, from God on high to ideals and excellence as well as the father’s traditional moral authority.

That vertical dimension is the source of our higher aspirations. This upward reach needs a strong foundation of healthy human relationship — which the more horizontally inclusive world of mothering traditionally has provided. As Henrik said to me, there needs to be a balance between the two.


If we do not accept the father in this larger symbolic sense then we are unlikely to accept the "structuring principles of human life" as described by Auster and Jensen.

This is an especially acute problem for women. A woman cannot as easily, on her own, approach this "structuring source of reality" - she won't have the same strength of instinct for it as a man. Women often describe their inner life as being more like an "ocean" - something undifferentiated and difficult to control or order.

So a woman is likely to be pushed to extremes on this issue. On the one hand, she needs men to uphold this vertical dimension within society, to provide the structuring source that is outside of herself. Hence women are often more devoted to institutions like the church than are men.

On the other hand, the authority is more alien to a woman than it is to a man and so, without trust, a woman can more easily lurch into rebellion. She can reject the whole vertical dimension of life as an evil patriarchal conspiracy against women.

If a woman is in rebellion (as men can be too) it is likely that she won't just reject one aspect of the vertical dimension, but that she will reject what she perceives to be the "structuring source of reality" as a whole. And for many women today the symbol of this is the white male. We stand as the symbol for the whole vertical dimension of life.

When you come across women like Sophie Lewis you can predict two things. First, that her relationship with her father will be troubled. Second, that there will be a denial of the entire realm of structuring principles, i.e. a denial that there is a nature to things or that there is an "essential" existence to things.

In terms of her relationship with her father, Sophie Lewis quotes from a book titled Daddy Issues by Katherine Angel:


The anger and rage we might feel towards a father . . . is not something we can expel, once and for all, and nor does it yield a clear solution. Rage has instead to be folded into everything else we may simultaneously feel; it does not simply burn itself out.


And this is how she looks back on her relationship with her father when she was a child:


My dad taught both his children by example to treat Mum with contempt—and this, I later realized, was of course also a profound form of contempt for us. Of the innumerable cutting quips generated over the years by this man’s delectable talent for cruelty, perhaps the pithiest is one he typed in a wink-wink nudge-nudge email to my partner, five years ago, calling me an arrogant know-it-all...

To do full justice to the pain I’m talking about would be beyond the remit of this essay. I will not, whatever I imagine to the contrary, have exorcised it simply by writing the above paragraphs. I will burn a cord this weekend, with my friends, and meditate, once more, on letting go. But my suspicion is I cannot, in the end, stuff all my hurt into a sacrificial body and watch it go up in smoke.


Her rejection of the white male is alluded to by her interviewer in this anecdote:


She made us green tea, pouring mine into a mug that read “I’ve got 99 problems and white heteronormative patriarchy is basically all of them.”


The writer that Sophie Lewis admires most is Donna Haraway who wrote "A Cyborg Manifesto". Read the following description of this essay and look out for the attempt to break down traditional "structuring principles of reality":


Haraway begins the "Manifesto" by explaining three boundary breakdowns since the 20th century...

Haraway highlights the problematic use and justification of Western traditions like patriarchy, colonialism, essentialism, and naturalism (among others). These traditions in turn allow for the problematic formations of..."antagonistic dualisms" that order Western discourse...She highlights specific problematic dualisms of self/other, culture/nature, male/female, civilized/primitive, right/wrong, truth/illusion, total/partial, God/man (among others).

Haraway's cyborg theory rejects the notions of essentialism...and asserts that "cyborg politics is the struggle for language and the struggle against perfect communication, against the one code that translates all meaning perfectly, the central dogma of phallogocentrism."


What do we take from all this? The "horizontally inclusive world of mothering" is of course indispensable to any society. But so too is the vertical dimension that men are responsible for. The female journalist who described Henrik Jensen's views went on to say about feminised Nordic societies that:


I found it surprising and almost counterintuitive to discover that placing so much priority on nurturing and mothering functions — caring for the special needs of each child, ensuring that each person grows in his or her unique way — does not lead to a close-knit and deeply connected society. Not in our day and age. Ironically, and perhaps paradoxically, the result is hyperindividuation, which leaves us self-focused, isolated, and victimized.

(Liberals are by nature in rebellion even when they dominate a society, which explains why they see themselves as rebels even when they have become the establishment.)

It is also true that fathers who fail to bring up their daughters with loving care and guidance often produce young women who rebel - not just against them personally as fathers, but against the whole notion of a structuring principle of reality.

Civilisations don't just keep running of themselves. They are actively upheld by men who understand the importance of their role in maintaining the vertical structure. It is not the case that women will always be repelled by this - women need men to provide a structuring source and there will be intelligent women in any age who will lend their support to this project.

A note to Melbourne readers. If you are sympathetic to the ideas of this website, please visit the site of the Melbourne Traditionalists. It's important that traditionalists don't remain isolated from each other; our group provides a great opportunity for traditionalists to meet up and connect. Details at the website.
Posted by Mark Richardson at 8:05 pm