Feminism is off the charts in Sweden. The following stories are from the front page of just one newspaper on just one day. 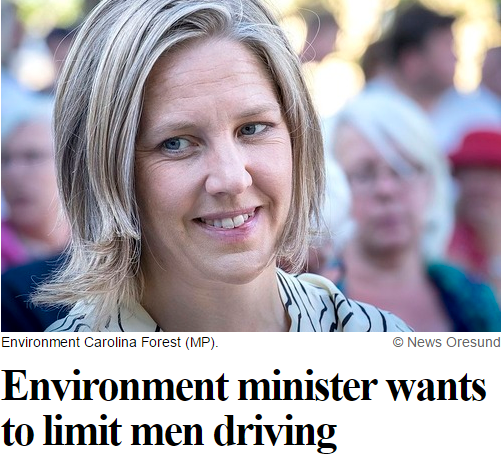 
Environment Minister Carolina Forest (MP) want to see fewer cars in Sweden's cities. This is because men drive more than women, and thus are "stealing space from women," she says to Göteborgs-Posten. 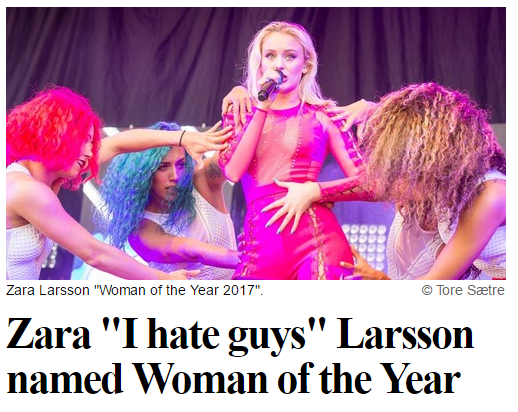 A magazine has named Swedish pop singer Zara Larsson "Woman of the Year" despite the fact that she is open and proud about hating men:

The runner up for Woman of the Year wasn't much better: 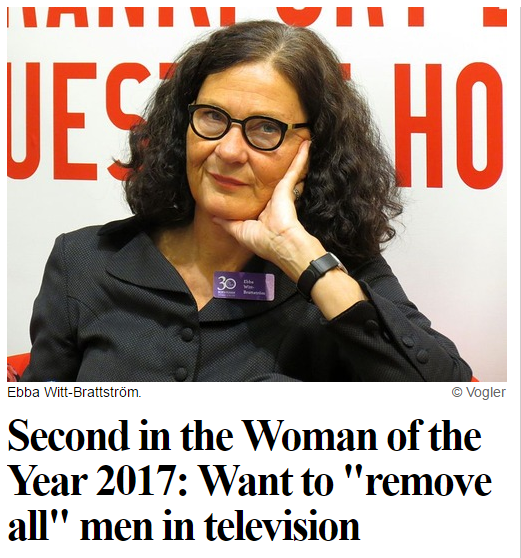 
Radical Feminist Ebba Witt-Brattström, 62, ended up in second place in Expressen's appointment Woman of the Year in 2017. She says that all male TV personalities should be removed and replaced by feminist women.


The next newspaper item is about a photography museum which decided to raise the entry price for men and to donate the extra money to an organisation which campaigns for gender quotas: 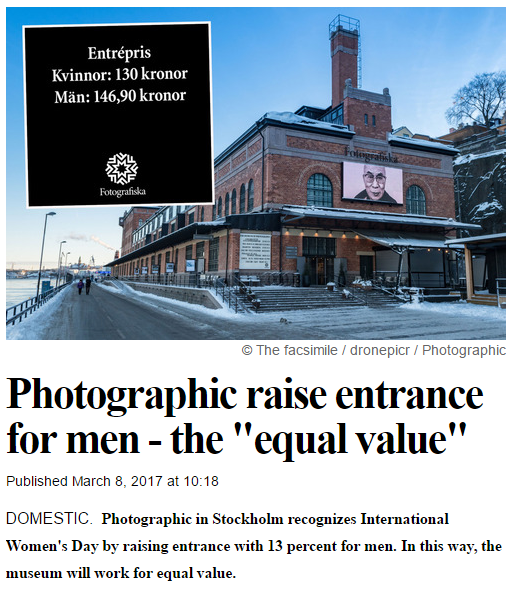 Some Swedish men are encouraging all this. The directors of a building union apologised for being flawed white males: 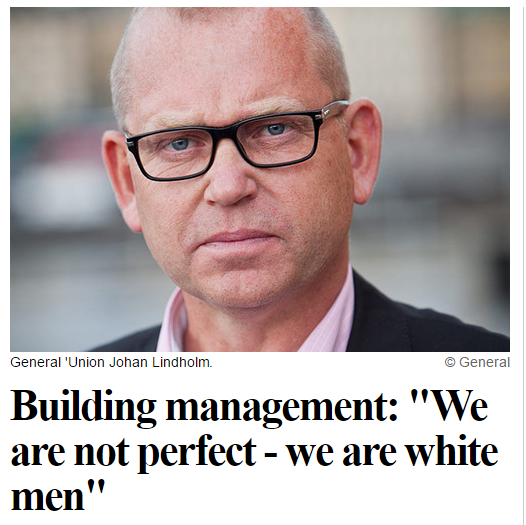 These are the same men who wore vagina hats in solidarity with feminism: 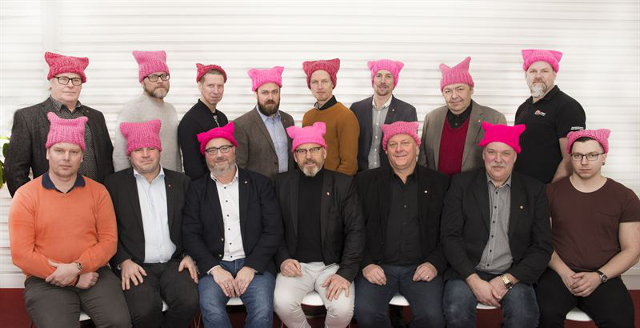 Their grovelling statement gives away some of their motivation for acting this way:


"Today on International's Women's Day we want to pay attention to all you women in the construction industry and tell you how much you're needed and the respect we have for you because you dare to break gender roles," they wrote in an opinion piece published by public broadcaster SVT.

"We know we're going to have to endure some jibes, mainly from other men, because we are standing here in our pink, home-knitted hats. But to us it is an act of solidarity."

"God knows we're not perfect. We ARE a bunch of white middle-aged men. Sometimes we put our foot in our mouth. Often we hear it ourselves and apologize. Sometimes we don't notice it ourselves; please tell us and give us a red card. So that we learn for next time."

"We ARE a bunch of white, middle-aged men. But at least we're wearing pink hats."


Note that women get respect from these liberal men because "you dare to break gender roles". Why should that be such a good thing? It's ideological. If you believe that our predetermined sex is a prison that we have to be liberated from, then those who break gender roles will be thought of as blazing a trail of moral progress.

But that's a big ideological assumption. Most societies, in most epochs, have thought of our manhood and womanhood not as prisons, but as core aspects of our own self. In fact, if you take away the Cartesian mind body dualism, then you are likely to think of our sexed bodies as being inseparable from our minds and souls. So to bring our own self to fruition means developing ourselves toward what is best in our manhood and womanhood, physically, emotionally and spiritually.

Little wonder that these middle-aged men do not have that masculine "steeled" look that you would hope men would develop over a lifetime of struggle and achievement (and they have entirely abandoned the virtues of gravitas and dignitas that were so important to the ancients).

(I'd like to give some publicity to the Swedish paper I drew these stories from, namely Fria Tider. I've only read a few articles, but it seems to be a good source of Swedish news and commentary.)
Posted by Mark Richardson at 11:12 pm