A feminist challenge: what to do when the facts are against you

What to do about domestic violence? Two American professors have pointed to research which shows very clearly that women are much safer when married to the biological father of their children:


This social media outpouring makes it clear that some men pose a real threat to the physical and psychic welfare of women and girls. But obscured in the public conversation about the violence against women is the fact that some other men are more likely to protect women, directly and indirectly, from the threat of male violence: married biological fathers. The bottom line is this: Married women are notably safer than their unmarried peers, and girls raised in a home with their married father are markedly less likely to be abused or assaulted than children living without their own father.


Just how strong is this research? Well, look at the graph below. The first column shows the incidence of violence (toward children) in families with married biological parents; the highest one (over ten times higher) shows that for a single parent with a partner. 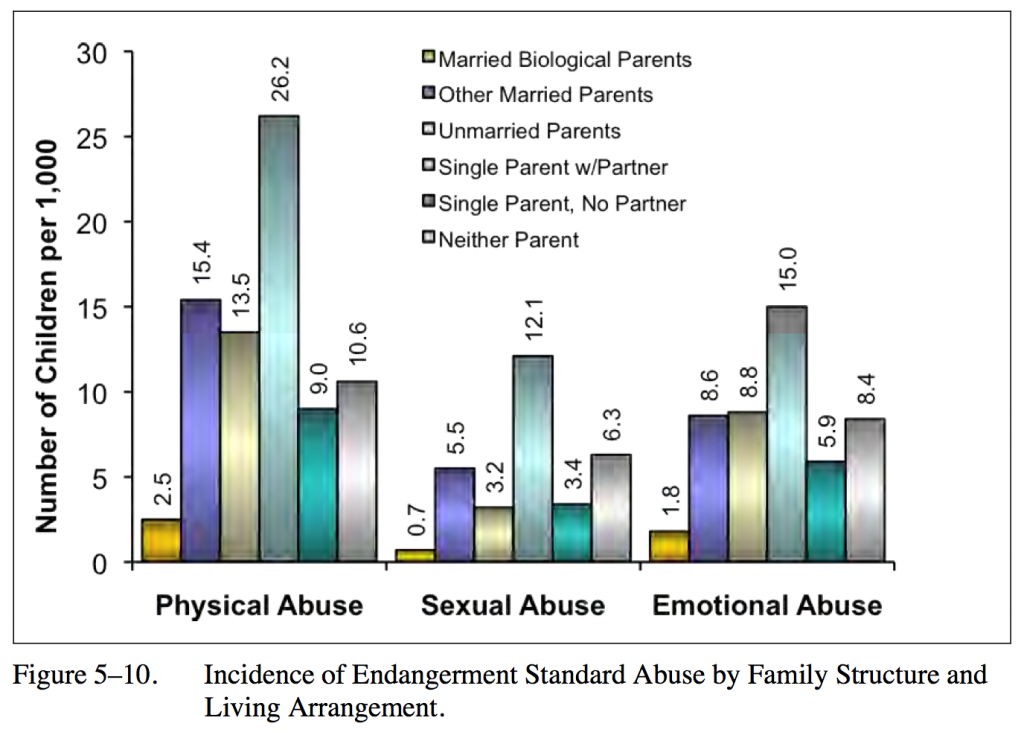 And there's this graph: 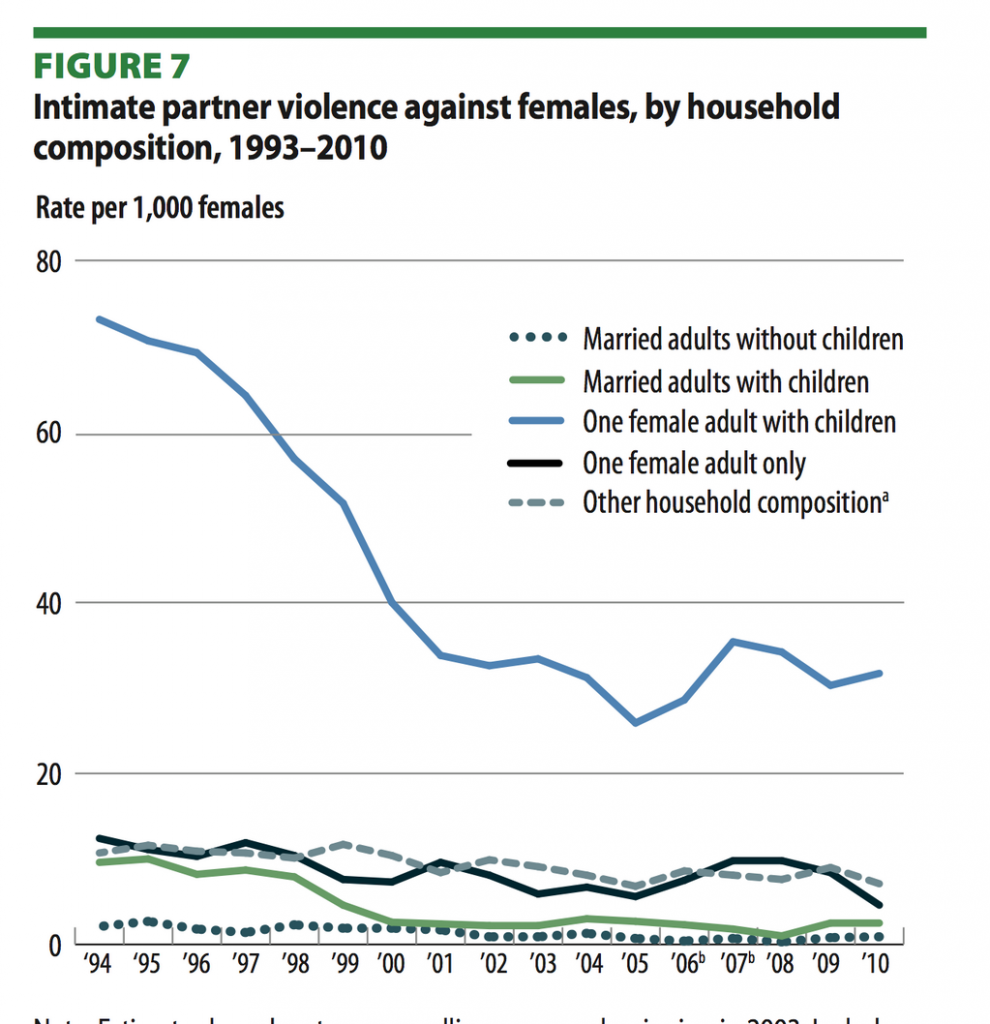 The evidence seems irrefutable. Women are safest when married.

But that's not a conclusion that feminists are likely to want to draw. So what is a feminist to do?


The concept of male-bestowed ‘protection’ is one that harms rather than helps women. A society which operates along paternalistic lines is one which undermines the rights of women to exercise their own autonomy and protect themselves. Instead of advising women to tether themselves to a ‘decent’ man who’ll willingly marry them and protect them from the world’s villains, we should instead be enforcing a zero tolerance policy towards those people who abuse. Men are not the conservators of women, and it’s not their morally bestowed obligation to protect us. As human beings, it is the moral obligation of everybody to refrain from harming others.

The moral thing, thinks Clementine Ford, is for women to be autonomous, therefore we must insist that people act in ways that conform to this moral outlook.

Note that the primary concern of Clementine Ford is not to safeguard women and children from violence. It is to promote female independence from men. That is why she will never accept "male-bestowed protection" even if it is effective in terms of minimising the risk of women experiencing violence.

The problem with Clementine Ford's approach is a basic one, namely that she makes the good of autonomy the sole, overriding moral aim.

That can't end well. It's dangerous to think that there is one single good that society has to be forced to conform to. Better to recognise a range of goods that have to be ordered into a workable framework.
Posted by Mark Richardson at 10:30 pm