Here are some pictures of two American churches, one Catholic and the other Presbyterian. It's not hard to pick which is which - the Catholic church is the more ornate. Both churches are beautiful and demonstrate what American culture was capable of.

I'll start with the Catholic church, namely the St Francis de Sales Oratory in St Louis. It is impressive from the outside with a soaring spire:

﻿
Here is the altar: 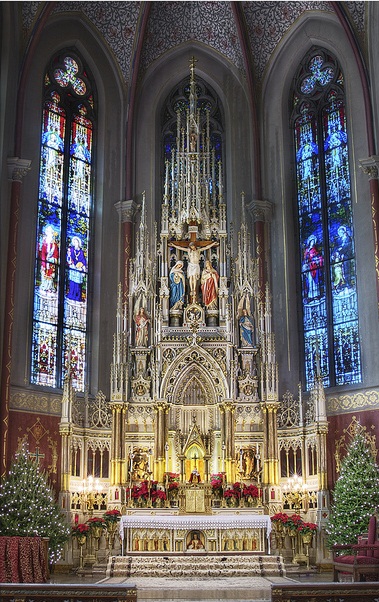 The other church, the Fourth Presbyterian, is in Chicago. It has a courtyard: 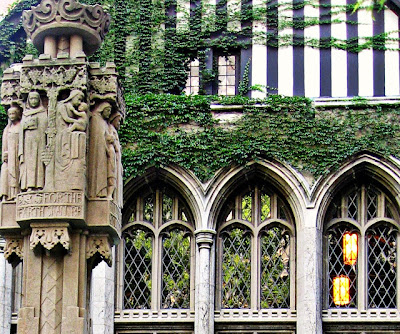 The interior is very fine (the first photo looks best if you click to expand it): 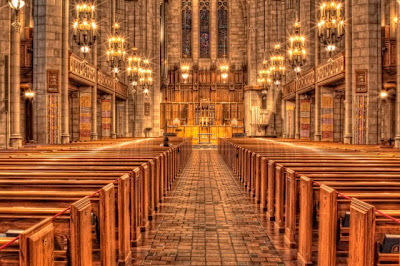 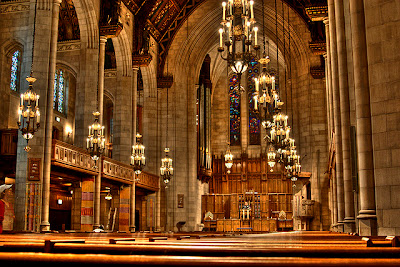 It was not that long ago that such impressive church architecture was being created in America. The St Francis Oratory was completed in 1908; the Fourth Presbyterian in 1914.
Posted by Mark Richardson at 9:16 pm