Kidist Paulos Asrat has a post up at her site Reclaiming Beauty which showcases a portrait by Frank Owen Salisbury.

I'd never heard of the artist before so I looked him up. He was born in 1874 in Hertfordshire, England, to a family of modest means (his father was a plumber). He became an apprentice in a stained glass business, showed talent, won a scholarship to art school and rose to become a society painter.

It's surprising that he's not better known now as he painted the portraits of six American presidents, 25 members of the royal family, a pope and many other prominent figures of his time.

Here's a work painted by Salisbury in 1933 titled The Bridal Train: 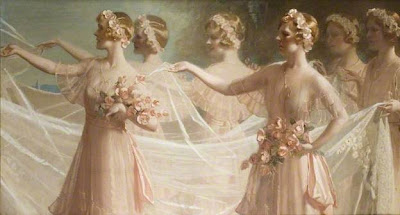 This is a portrait of a bishop of London, Arthur Foley Winnington-Ingram, painted in 1918: I would like to have a better quality version of the image below. It's St George defeating the dragon: 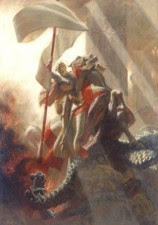 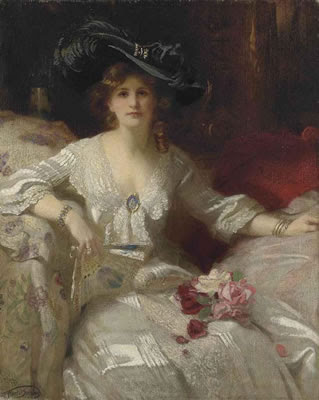 Posted by Mark Richardson at 8:27 pm