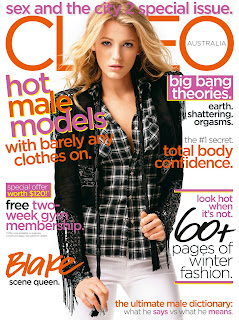 I watched the Australian TV show Paper Giants: The Birth of Cleo. It was about the launch in the early 1970s of Cleo, the first of the Cosmo type magazines for Australian women. The editor was a woman named Ita Buttrose, who became a big media personality here in Australia.

The show was well-acted and produced and had some good 1970s nostalgia value. But two things stood out for me. The first was that Ita Buttrose, far from being held back in her career, was catapulted into senior management at a relatively young age. If there was a glass ceiling back then it wasn't evident in Ita Buttrose's career. Her boss, Kerry Packer, paid for her to have a nanny and put her on the company board when she was only 32.

The politics of the show was also interesting. The female staff of Cleo were shown going off to listen to a young Germaine Greer. When they came back to the office the consensus was that Greer's feminist politics were good but that she was too aggressive in how she presented them. One of the staff then summarised feminism this way:

It's how we're defined - not a woman, not a wife, not a daughter but as a person.

That is of course liberal autonomy theory. It's the idea that we are made human by being self-defined, rather than by unchosen categories like our sex. (To underline the point, a soundtrack was later heard in the background with the famous song lyrics "Do what you want to do, be what you want to be" repeated several times.)

But Ita Buttrose didn't follow this theory in the way that the most radical feminists did. She didn't look on women wearing lipstick or having sexual relationships with men as being a betrayal of feminism. She was a forerunner of a "sex positive" feminism. If Ita Buttrose wanted to be liberated from sex roles, it was more by pushing a single girl lifestyle in which women were "liberated" to pursue casual sex and careers. 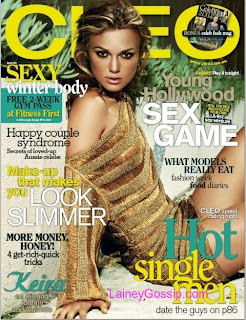 It was a variant of feminism more likely to appeal to young heterosexual women and it has undoubtedly been influential. But the TV show did present some of the more negative consequences of the philosophy. If men and women relate to each through sex alone, rather than through family roles, then you do get more chaotic personal lives. The husband of Ita Buttrose is shown walking out on her when she is pregnant with their second child (she then reportedly became the mistress of her boss, Kerry Packer, who under pressure from his wife dropped her; she then married briefly before divorcing again and was single from the age of 40); other characters are shown having affairs or divorcing.

And there's something forced and false about the culture of these magazines. They present women as being sexually assertive and adventurous to a degree that I doubt is authentic for the average woman - there's a fair bit of game playing going on. And it's a dead-end culture; even if a woman does try to follow this kind of lifestyle, it can only be for a period of time in her 20s. It doesn't prepare her for an adult life beyond this.
Posted by Mark Richardson at 12:35 pm