I've just returned from a summer beach holiday at Apollo Bay. We're blessed with great beaches here in Australia and Apollo Bay is no exception: the sea was that inviting turquoise colour and swimming in the surf there late in the day was a great invigorating pleasure.

I usually try to do a bit of light reading on these beach holidays. This year I picked up an omnibus edition of James Herriot's All Creatures Great and Small. I had watched the TV series many years ago and was curious to finally read the book.

I wasn't disappointed. For those who don't know, James Herriot (real name Alf Wight) began his veterinary career in rural Yorkshire in the late 1930s. At a relatively late age, he began to write some semi-autobiographical stories about his experiences. They were first published with great success in the US in the early 1970s.

What's appealing about the stories? James Herriot was obviously highly responsive to nature and he writes with an obvious love of the countryside in the Yorkshire Dales. He also identified with the local population and warmly observed both their virtues and their foibles. The sense of people and place is unusually strong in his stories.

The importance of personal character also comes through, with the quirks of individual character something to be borne largely with good humour. Adversity in life is recognised, but the overall attitude is one of gratitude and appreciation.

All of which sets Herriot outside the trend toward the mass, undifferentiated society. Herriot's world has a real, concrete setting in the Yorkshire Dales.

It also sets Herriot apart from the whole "gnostic" trend, in which the actual, existing world is thought to be a false, oppressive, illusory one that we must seek liberation from. The gnostics can only see tradition as something hateful to be overthrown; Herriot was able to look at it more sympathetically, as the transmission of a particular way of life that gave a distinct character to a local culture he identified with. 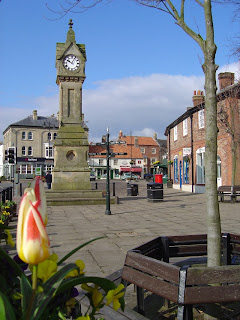 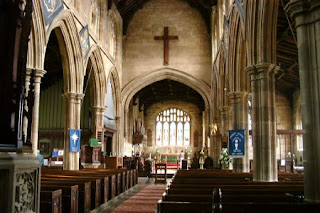 Top: the town square in Thirsk where Herriot's veterinary surgery was located

Posted by Mark Richardson at 3:41 pm