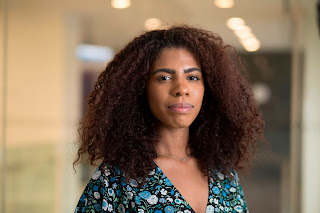 Haili Blassingame has written a story for the New York Times explaining why she broke up with her boyfriend of five years:

I longed — not to be alone, not to be without love, but for freedom and autonomy. Since we had gotten together, I had felt our identities weaving into a beautiful quilt, and I didn’t see how to disentangle myself without alienating the man I loved.

She goes on to add:

I was resisting something greater than our individual relationship, and my resistance was political.

She has opted instead for something she grandly calls solo polyamory, which basically means having non-committal sex with different people:

I liked how solo polyamory cherished and prioritized autonomy and the preservation of self, and I found its rejection of traditional models of romantic love freeing.

Her mother prudently warned her about this understanding of freedom but to no avail:

I knew my mother would be devastated by the breakup. A divorcée of 20-plus years, she often warned against “ending up like me,” a woman untethered to a man.

Haili doesn't want to be boxed in:

What I want are relationships that operate with a spirit of possibility rather than constraint.

Haili is acting both with and against the culture in adopting these ideas. On the one hand, most young women are not opting for a lifetime of solo polyamory. There are still very many young women who choose coupledom.

On the other hand, Haili is following our state ideology to its logical ends. Our state ideology is liberalism, understood to mean the maximising (and equalising) of individual autonomy. As Haili points out, we lose autonomy when we are in closely bonded relationships with other people. Therefore, the relationship with her boyfriend became a "constraint" that she needed to be freed from.

It's rare for the liberal principle to be applied exactly this way, though there have been cases in the past. Alexandra Kollontai, a radical woman of the early twentieth century, wrote about how the New Woman would forsake love for the aim of independence:

this motive was a leading force in my life...to shape my personal, intimate life as a woman according to my own will...Above all, I never let my feelings, the joy or pain of love take the first place in my life...

I still belong to the generation of women who grew up at a turning point in history. Love...still played a very great role in my life. An all-too-great role!...We, the women of the past generation, did not yet understand how to be free...

It is certainly true that we...were able to understand that love was not the main goal of our life...It was, in fact, an eternal defensive war against the intervention of the male into our ego...

A biographer of the Danish writer Isak Dinesen (Karen Blixen), most famous for her novel Out of Africa, noted that,

The most compelling heroines in Dinesen's tales...make a sacrifice of sexual love for some more challenging spiritual project─self-sovereignty, knowledge, worldly power─which enables them to be themselves.

It's possible that the conflict between love and autonomy is more acute for women than for men. Women in love are more likely to blend their interests and their beliefs into those of the man than the other way round - and not because of male intransigence, but rather from feminine impulse. The autonomy principle therefore puts women in a difficult position. To love fully might be perceived as transgressing the aim of maintaining an autonomous self.
Should women therefore not love fully? Well, one obvious way to answer this is to question the idea that autonomy should always and everywhere be the highest good in life. Kollontai herself associated the liberal idea of freedom as autonomy with loneliness and solitude for women in a comment on a novel by the French writer Colette:

Freedom, independence, solitude are the substance of her personal desires. But when Rene, after a tiring long day's work, sits at the fireplace in her lovely flat, it is as though the hollow-eyed melancholy of loneliness creeps into her room and sets himself behind her chair.

"I am used to being alone," she writes in her diary, "but today I feel so forsaken. Am I then not independent, not free? And terribly lonely?" Does not this question have the ring of the woman of the past who is used to hearing familiar, beloved voices, to being the object of indispensable words and acts of tenderness?

Apart from this, when a woman is in a relationship with a strongly masculine man, there is something to balance any loss of self from the blending process. Such a relationship allows a woman to settle into her deeper feminine self - so she gains more in terms of selfhood than she loses. (Something similar applies to men. Men might experience their love for their wife as a finer quality of self, i.e. it gives expression to a significant aspect of self that otherwise would not be present.)
Finally, I mentioned earlier that Haili is an outlier in embracing solo polyamory as a means to pursue autonomy. However, it is likely that many women do allow this pursuit of autonomy to at least weaken their orientation to love. They might, for instance, decide to defer a commitment to more serious relationships until they are in their late 20s; they might hold back from truly giving themselves to their husbands when married; they might too be more inclined to jettison their marriages once they have achieved the basic aim of motherhood. Haili and her ideas should not, therefore, be too lightly dismissed.
Posted by Mark Richardson at 8:49 pm