California takes the next step 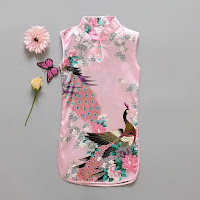 Well, news just in is that the state of California is set to ban boys and girls clothing and toy sections in department stores. There will now only be unisex "kids" sections in these stores.

This is just one more step along the liberal path we have been travelling now for generations. Liberals believe that that highest good is personal autonomy. They consider autonomy to be a freedom to self-determine or self-define. Therefore, whatever is predetermined is thought of as an oppressive limitation that the individual needs to be liberated from. Our sex is predetermined, therefore it must somehow be made not to matter.

The bill to ban boys and girls sections was sponsored by Cristina Garcia. She justified the legislation with the statement:

Time to let our kids have the freedom to express themselves in all sorts of ways instead of limiting them to predesignated pink & blue sections. (Tweet 4:31am· Feb 21, 2021)

Note carefully the language. The aim is to free children from the "limiting" effects of something that is "predesignated". Pure liberalism.

She also justified the proposed law as follows:

To Garcia, the laws is about “not limiting ourselves and our kids into certain boxes.”

“It’s really important that toys and kids’ sections be neutral in order to give kids as many opportunities to flourish and develop and be creative,” mentioned Garcia, a Democrat who leads the California Legislative Women’s Caucus. “We should allow our kids to explore and try different things and let them come to their own conclusion of how they will identify themselves.”

Again, you have the assumption that recognising our predetermined sex is "limiting ourselves...into certain boxes" and that instead children should be self-defining.

How do we answer this ideologically driven desire to create a unisex society? That will vary from person to person. For me, masculinity is a kind of transcendent essence that gives meaning to who I am. The point is to embody it and express it in the best form that I can achieve. It is therefore not something "limiting" to who I am but something ennobling and "completing" of self. I do not want to be free from it, but free to develop along masculine lines.

But that's not the only possible answer. Another obvious one is that heterosexuals hardly long for a more unisex society with more mannish women and more effeminate men. That is not the heterosexual vision of a society in which we are free to develop in a complementary relationship with the opposite sex. Are we really free if we do not have a realistic chance to meet an attractive person of the opposite sex to form a family with?

And there's also the basic rejoinder that our sex is not just a social construct but has a biological basis so that the liberal aim of creating a genderless society is unrealistic. The real effect of liberalism is not so much to erase differences between men and women but to make difficult the formation of masculine and feminine character according to ideal forms. It is the lower impulses that are liberated - the reality of hard-wired sex distinctions still remains.

Finally, we can learn from experiences elsewhere. Sweden has already done the whole unisex childrens clothing thing decades ago. Pushing the idea onto children that boys and girls are the same only leads to confusion when puberty arrives and it becomes so obviously untrue. Here is how one Swedish woman, Cordelia, describes the process:

When I started getting breasts and boys started changing their voices I felt somehow cheated...There wasn’t supposed to be any difference between boys and girls! But we all started changing to be more and more different.

Cordelia went on to reject the liberal unisex project:

It started becoming increasingly clear to me as if man and woman are two pieces of a puzzle that fit together because they are essentially differently shaped… That their physique and psyche complemented rather than duplicated each other. The idea that they are identical pieces seemed to me as a tremendous misconception and I was terribly irritated at having been fed an incorrect version of things all through my childhood. What I had been told simply wasn’t true. All my recent experiences showed that men and women were different and that men could no less be like women than women could be like men.

Why this ridiculous pretence that we are the same, when we very obviously are not? If I had been brought up more as a girl/woman instead of a gender-neutral being, I would have been stronger and more confident as a woman today! As it is, I had to discover the hard way that I was not the same as a man in a multitude of ways...

Until quite recently, every time I noticed a difference between me and men I kept thinking; this is wrong...I ought to be like the men...I felt like I was letting other women down unless I constantly strived towards the male ‘ideal’ that was set for Swedish women...But let me tell you, it’s hard work hiding your true nature and pretending to be something you are not!

Discovering that being feminine is not a ‘crime’ (in fact, it can be a positive thing) was a big revelation for me. I don’t actually want to be like a man!

I wish Northern European society would stop denying women the opportunity to be female! What good does it really bring? Who benefits?

California is plunging headfirst down the same path that Sweden took decades ago, with the same likely result of making adolescence more confusing and ill-preparing young people for adulthood.

Posted by Mark Richardson at 11:54 pm