A refreshing take on the wage gap 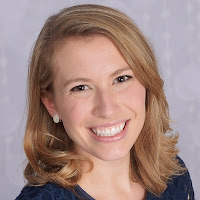 Sixty Minutes is showing an interview with Jordan Peterson tonight on the topic of equal pay. So I thought it a good time to share a link to an excellent column on the issue by Hadley Heath Manning.

Her argument is that the main reason why men end up earning more than women is that women take time off to have children. Most liberals, on hearing this, would argue that a person's sex shouldn't matter in their life outcome and therefore the "motherhood penalty" should be abolished, either by coercing men into taking on at least half of the motherhood role, or by outsourcing the motherhood role to the state.

It is to the credit of Hadley Manning that she doesn't pursue this line of thought. In fact, she makes a couple of persuasive counterarguments. She notes, first, that for many women, such as herself, motherhood is not experienced in a negative way as a "penalty" but instead as a blessing. She believes that it is a rational trade-off for a woman like herself to make choices that mean she earns less than some of her childless colleagues, but which allow her to enjoy the experience of motherhood.

Her second argument is even more significant. She observes that married fathers end up earning the most, but that this is because these men make sacrifices in order to financially support their families. She then makes the very logical point, one that I have made before many times, that the extra money that these men make does not go into their own pockets but is shared with their wives. It is not as if the extra efforts of these men at work deprives women of money - the money ends up being made available to women anyway, and gives to women some degree of choice in their work/life balance that is not available to men.

This is how Hadley Manning herself puts it:


Among all demographic groups, who makes the most money? Married fathers. This isn't because society values them more, but because they often make sacrifices to try to earn more to support their families. And who shares household earnings and the associated wealth accumulation with married fathers? Married mothers, of course. The term “motherhood penalty” fails to capture this. Married motherhood comes with great benefits, both financial and non-financial.

The reality is that mothers are paid less than non-mothers (and accumulate less wealth as a result) not because employers or “society” penalize us, but because, on aggregate, mothers make trade-offs that result in less money. This leaves us “worse off” — but only in the eyes of those who value monetary earnings above other things, like spending time with children, volunteering, or other unpaid pursuits.


What would the liberal response to this be? I think I know. There is a conflict here within liberal theory. On the one hand, liberals believe that it helps individual autonomy if individuals are free to choose. Therefore, in theory, liberals should be happy if women exercise a choice to earn less money but to enjoy the benefits of motherhood. But, on the other hand, liberals believe that individuals are more autonomous (more self-determining) if predetermined qualities like being a woman are made not to matter. Therefore, liberals find it difficult to accept the outcome of a free choice, if it means that our sex still has an influence on our life outcome.

How do liberals resolve this contradiction in their philosophy? Usually, by finding ways to get people to make the "right" choice, i.e. the one that makes our sex not matter. In practice, liberals refuse to accept that there might be a connection between being a woman and motherhood and blame childhood socialisation for women wanting to look after their children (hence the belief of liberals that if girls didn't wear pink or play with dolls that the world could be put right).

So only one choice is the "right" choice and it requires intrusive social engineering in the lives of young children to bring it about - that is where the logic of liberalism leads society and we are supposed to accept that this represents a true and accurate state of human freedom.

We are freer when we have the opportunity to order our own selves toward higher things, and when we live within a culture and a community which helps us to do this. Hadley Manning hints at this when she suggests that a competition for money with men is not for her the higher blessing in life and that she would rather cooperate with her husband to achieve certain goals of family and community life.

A note to Melbourne readers. If you are sympathetic to the ideas of this website, please visit the site of the Melbourne Traditionalists. It's important that traditionalists don't remain isolated from each other; our group provides a great opportunity for traditionalists to meet up and connect. Details at the website.
Posted by Mark Richardson at 7:08 pm