It's a bit late here in Melbourne so I'll leave some more considered thoughts about the Trump election win until later. However, I thought some of the exit poll data was interesting and will briefly comment below.

First, the left-wingers on my social media feeds are apoplectic about the following table: 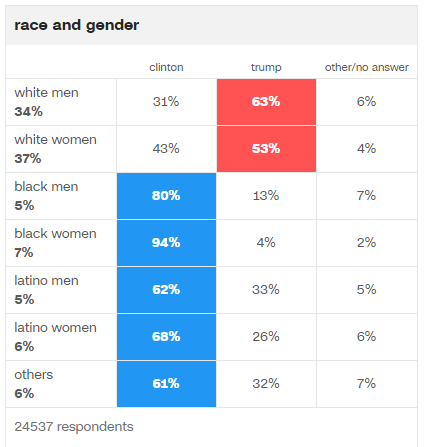 What the left finds depressing about this data is that it was not just white men who voted Trump, but white women as well. The usual taunts and jeers directed at white men won't work here. To me, it is a tantalising glimpse of what life could be like, when men and women are not set apart the way they have been for so long.

Here's another interesting one. Educated whites voted for Trump. He won amongst college graduates. This could be an important shift amongst the educated away from liberal group think. 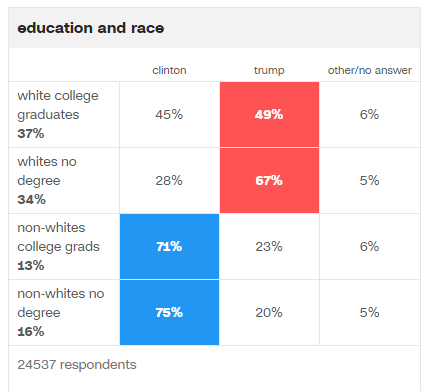 The group that is still majority liberal are college educated white women, but even here the gap is not that large (45% voted Trump).

The following table is also significant. Trump won the majority of younger white voters. It's interesting too that his strongest support was amongst those aged 45 to 64 rather than the oldest group. 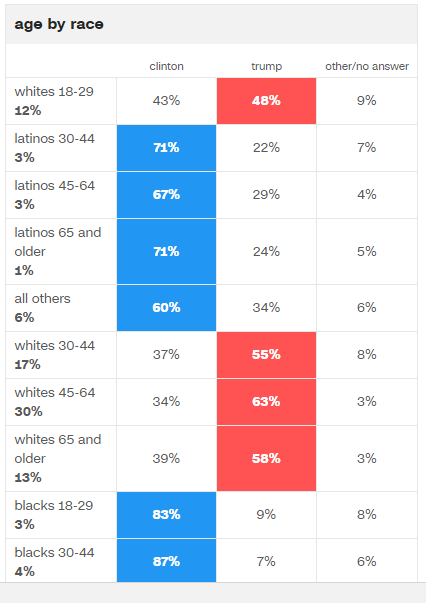 This too is striking. Despite religious leaders often being liberal, the religious rank and file went majority Trump. Those with no religion are, for the time being, still mostly liberal (I think there's a chance this will change, as the next generation of secular intellectuals are starting to break with liberalism). 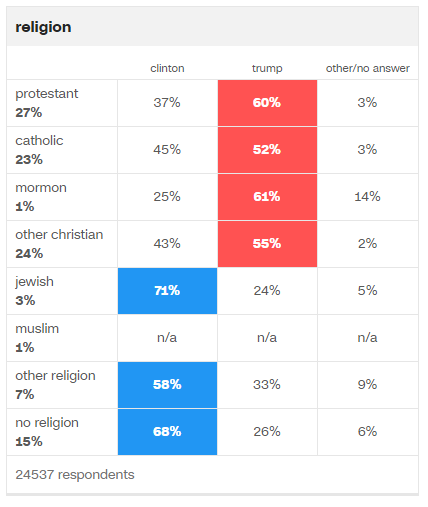 What was the most important issue for Trump supporters? Immigration. Those who do not support open borders and globalisation went for Trump. 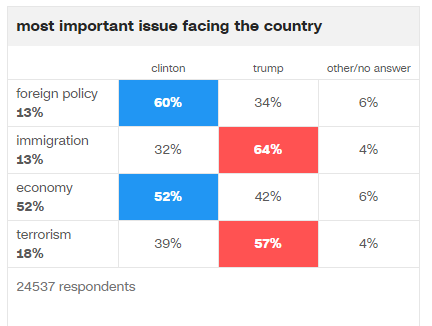 Finally, it is noteworthy that Trump's supporters identify as conservative but want change. This might seem contradictory, but it makes sense. If you live in a society with a liberal establishment, then a conservative doesn't want to conserve the current direction of society, he wants to change it. Hence the following tables: 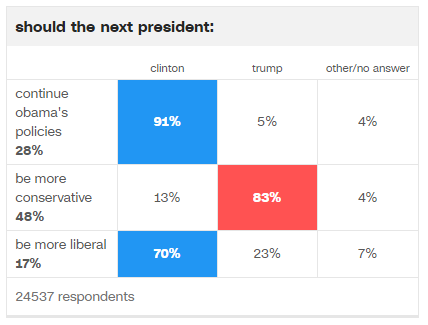 So Trump supporters believe that Trump should be more conservative than Obama. But they also believe that the country is on the wrong track: 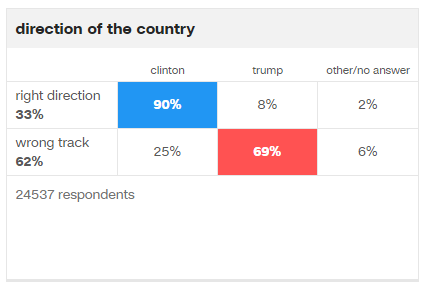 They also believe that life for the next generation of Americans is likely to get worse: 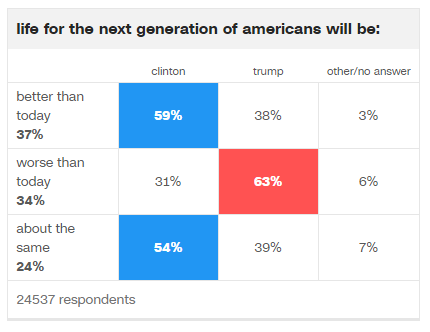 Therefore, they voted for a candidate who they hope can bring change: 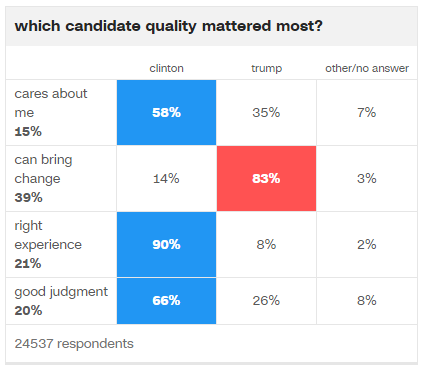 P.S. I've simplified this commentary by treating Clinton supporters as liberal and Trump supporters as conservative. In truth, voting Republican is not a reliable indicator that someone is not a liberal - some Republicans are what I would call right-liberals. However, the debate this time around was so unusually polarised along liberal/conservative fault lines that I've cut myself a little slack in my use of terminology.
Posted by Mark Richardson at 10:53 pm