It's not so simple Susie

Bendigo is a regional city here in Victoria with a population of about 80,000. The city now has 200 Muslim residents, mainly it seems due to the presence of a university campus there. These 200 Muslim residents have applied to build a $3 million mega mosque, which has caused much controversy in the city.

Susie O'Brien, a columnist for the Herald Sun, believes that opponents of the mosque are just being racist. She thinks the issue is a simple one:


Extreme elements of the Islamic faith certainly have no place in Australia.

But that should not stop moderate, law-abiding Australian Muslims from exercising their cultural and religious beliefs. As long as they abide by our laws and our customs, Muslims should have the same freedom of religious expression as any other group in society; for example, the freedom to build a house of worship, such as a mosque.

But I don't think this is as straightforward as Susie O'Brien claims. Why, for instance, build a towering mega mosque for a couple of hundred Muslim overseas students in a regional Victorian city?

My instinctive response was to think "It's a marking of territory." And when I looked at some websites covering the issue, one of the explanations for the mosque was that it was intended to undercut the Buddhists in Bendigo. It seems that Bendigo has been selected as a future site for Buddhist worship, with the housing there of a Jade Buddha of Universal Peace in a Great Stupa. The Stupa has been built on a grand scale:

So it seems that Bendigo is fated to be contested between an East Asian population of Buddhists and a Middle-Eastern one of Muslims.

Which brings me to my second point. It's understandable that the locals would be particularly reluctant to accept the fate of becoming a centre of Islam here in Victoria. Bendigo is a picturesque and peaceful small regional city: 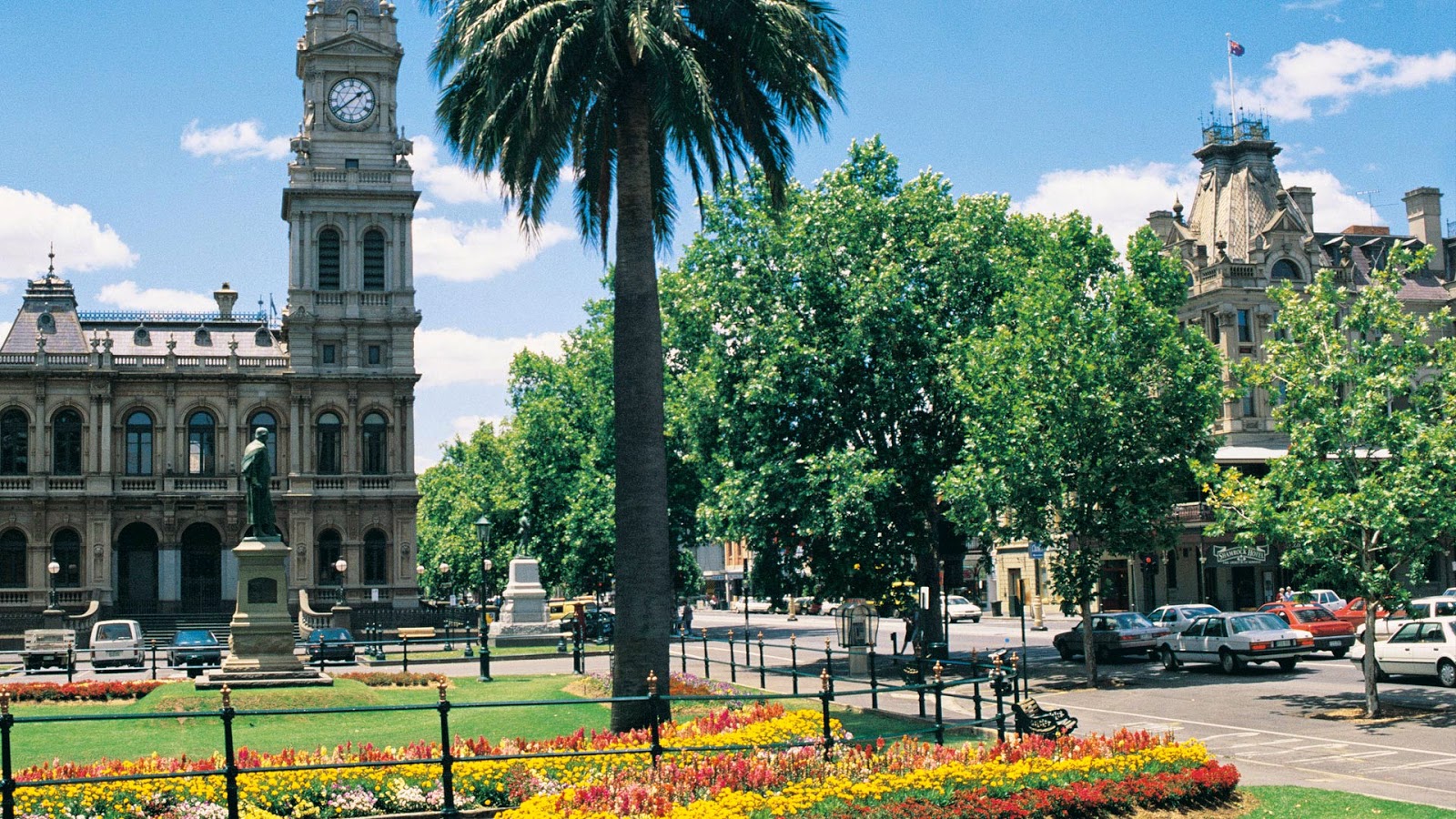 It can't be easy for local residents to imagine a transformation along Islamic lines. Especially not when images of violence in Muslim areas are so prominent in the news. Here, for instance, is a picture of the Mahdi suicide bomber militia, raised by Shiite clerics in Iraq to counteract the even more violent ISIS Sunni army: 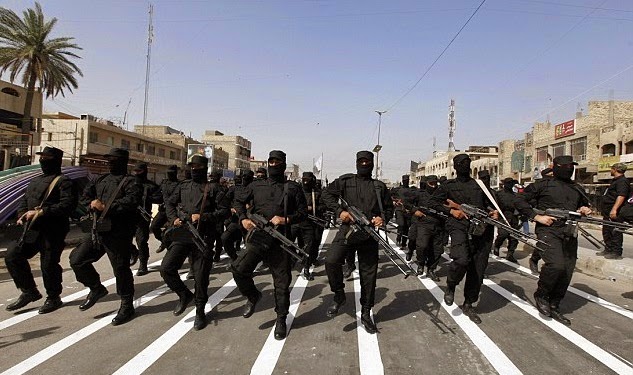 Susie O'Brien's response is to say that we will keep out extremist elements from Australia whilst welcoming moderate Muslims. But the problem with that is that it is sometimes the children of the law abiding immigrants who join the extremist groups. The Daily Mail has been running a series of articles on British Muslims who have joined up with ISIS in Iraq. It is thought that there could be 500 already who have done so (alongside 150 from Australia). Some are very well-educated young men who have gone against their parents' wishes:


The furious father of a star medical student who went to fight jihad before appearing in a chilling ISIS recruitment video has said he has binned family pictures of his son.

Nasser Muthana, 20, has been revealed as a key figure in a chilling recruitment video aimed at luring jihadists to Iraq.

The star medical student secretly travelled to Syria from his family home in Cardiff with his 17-year-old brother Aseel - despite being offered the opportunity to study medicine by four universities.

Today, his furious father Ahmed Muthana, 57, said if his sons ever return to the UK, he would like to see them jailed.


You can select the most law-abiding of immigrants but still end up with 500 sons committed to violent jihad.

Such are the fruits of the liberalism of our political class. Australia ought to have continued to uphold its own identity and culture. That should have been our contribution to a global diversity of culture.
Posted by Mark Richardson at 2:37 pm