The Eurovision song contest has been held and the most popular act across the continent was a bearded Austrian gay man in drag, calling himself "Conchita Wurst" (this name being a play on words to refer to female and male genitalia).

Here is the winner: 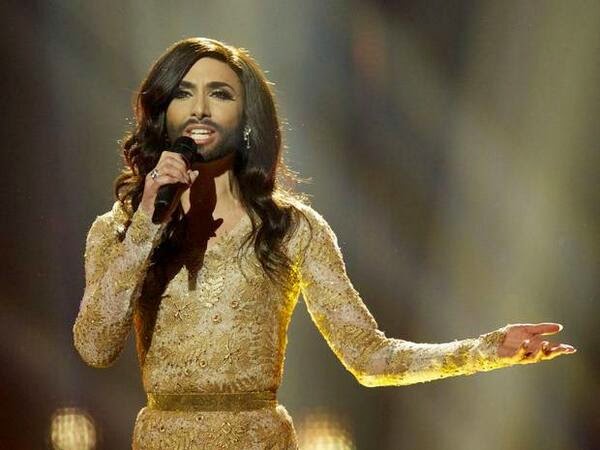 Mr Wurst appealed for support by drawing on the liberal principles that currently dominate Western thought:


"I created this bearded lady to show the world that you can do whatever you want," said Wurst, the drag persona of 25-year-old Austrian singer Tom Neuwirth, at a recent press conference in Copenhagen.

"If you're not hurting anyone you can do whatever you like with your life and, it's so cheesy, but we've only got one (life)," she added.


He's right that what he does fits in well with liberalism. Liberalism says that what matters is that I choose autonomously for myself what I am and what I do: that I am to self-determine or self-create my own being and identity and that this is what creates meaning or purpose in life.

If that is true, then Conchita Wurst is a better person than the rest of us as he/she is not "limited" by the sex identity that he/she was born with, but has played creatively to mix and match it.

But I don't think it's true at all. There is an emptiness at the heart of liberalism; the assumption is that there is nothing "already there" in life that has intrinsic meaning or value, so the only thing that we can do is to assert such value through acts of unfettered will. But that's lame. Why should we think that the assertion of individual will creates value?

The alternative view is that we fulfil one part of self and identity by being strongly connected to our masculinity (if we are men) or femininity (if women). If we reflect on who we are, and part of the instinctive answer is "I am a man" and that we then have a sense of what is essentially meaningful within masculinity, then we are on track with that one life that we have. It then becomes something to admire if a man is able to represent in his nature and in the way he acts a higher masculine personality.

But what if someone has grown up confused in their identity? My own view is that that is something to be regretted, as a loss of connection between self, identity and objective value. It doesn't mean that that individual can't find other points of significance in life elsewhere, but it's not something to cheer on.
Posted by Mark Richardson at 10:36 am