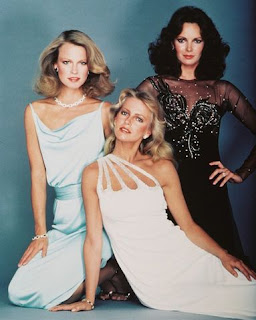 When I was growing up I used to watch the TV series Charlie's Angels. The episodes would often end with the very feminine looking angels chasing and then bringing down a criminal tough guy. I used to scoff at this even as a 10-year-old. But since then there has been an unending supply of heroines successfully kick-boxing their way across our TV and film screens.

So just how likely is it for a woman to be as fast and as strong as a man? The answer is that it's not likely at all. One comparative study found that the average man is stronger than 99.9% of women. Here's a summary of some recent research:

When I first read this I understood even better why I instinctively dislike seeing my wife lifting heavy items. It's not just that I have a little more muscle for such jobs, I have 90% greater upper body strength. Something that I can lift with ease is going to put a lot more pressure on my wife's body.

How should women react to such data? I don't think they should be too worried. The female body is impressive in its own way. Most young men know that female beauty has a power and a significance of its own. And when it comes to procreation, the female body takes centre stage.

But there have been women who have expressed their dismay at the physical differences between men and women. Alexandra Kollontai was a Russian feminist socialist in the early 1900s. She once gave a lecture in which it was reported that:

[Kollontai] longs for the female body itself to become less soft and curvy and more muscular ... She argues that prehistoric women were physiologically less distinct from men ... Accordingly, sexual dimorphism may (and should) again become less visible in a communist society.

Kollontai was a modern who wanted to make sex distinctions not matter, even the physical distinctions that most heterosexuals find appealing. So she held to the hope that if political conditions were to change that women might "revert" to a "natural" condition of being muscular like men rather than soft and curvy.

Kollontai was intellectual enough to take the autonomy principle seriously. She believed that sex distinctions should be made not to matter, because she believed that the "human" attribute was to be a self-determining individual, unaffected by predetermined physical qualities relating to manhood or womanhood.

Most moderns don't go as far as she did, but the underlying principle is nonetheless at work in the societies we live in. There are still a lot of women raised to believe that there is something wrong with being feminine or that being feminine somehow has to be justified.

Perhaps the Charlie's Angels principle was this: women are allowed to be glamorously feminine as long as they can still pack a punch and match it with the men physically.

It's not a principle that's likely to work too well in real life. Most men will be put off by women who set out to prove their masculine credentials before allowing themselves to show a feminine side.
Posted by Mark Richardson at 10:59 pm