I've participated in a few discussions with fellow dissident rightists about postmodernism. There is an awareness that this is something to be understood. I'm therefore sharing a discussion about it made originally on Twitter by Helen Pluckrose. She is not a traditionalist but a secular humanist liberal, so she is on the opposite side of the fence to us. I have to give her credit, though, for making some of the distinctions between Marxism and postmodernism clear.

Helen believes that much of postmodernist thought derives from Foucault:

She believes also that Marxism greatly influenced postmodernism but that it is important to understand the distinctions:

She begins to discuss the particular differences here: 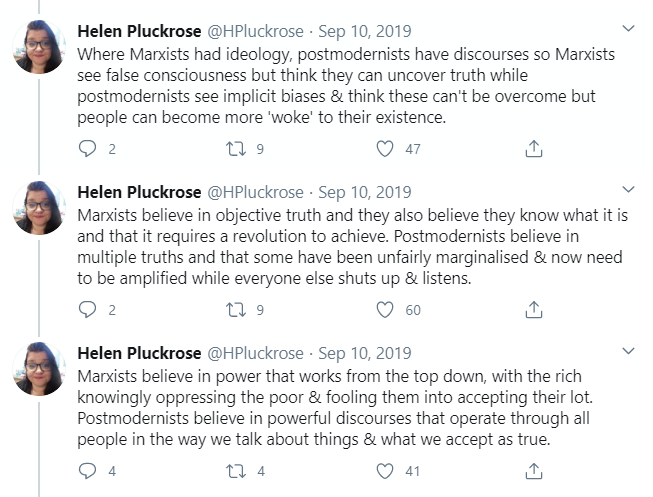 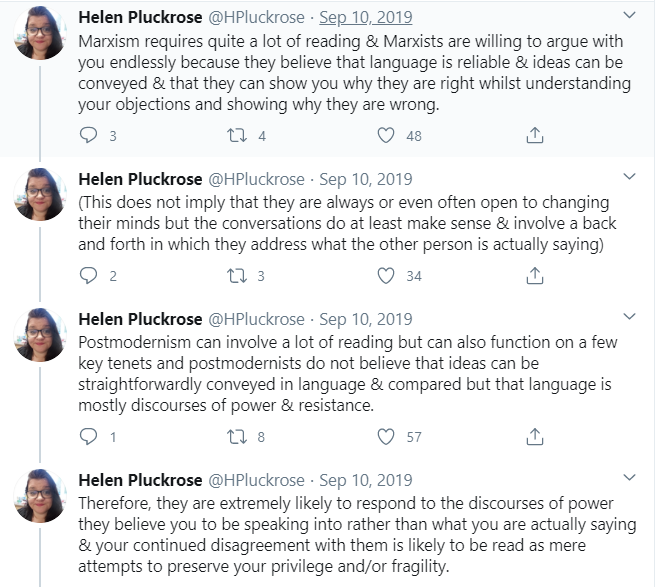 She gives the following example of an academic supporting a postmodernist approach. The academic is not concerned with students being able to assess how truthful a proposition is, based on evidence or quality of definitions or logic, but on being able to identify expressions of power within language: 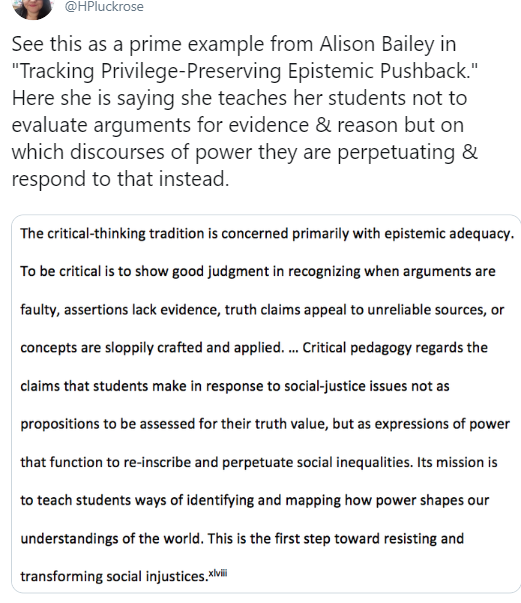 Helen compares this postmodernist approach to the Marxist one, which is based more on a materialist, economic, class based understanding of the world. The following excerpt is from a World Socialist Website and it criticises from the Marxist perspective a campaign launched to reframe American history:

Sometimes those on the left just lump everyone on the right into the same category. They can't be bothered to understand the differences between, say, a classical liberal, a traditionalist or a white nationalist. We should try to avoid the same mistake. Helen Pluckrose, as a secular humanist liberal, admits that she finds some things to support in Marxism and some things in postmodernism, but also has criticisms of both. They are all connected to a degree in their political lineage but are not the same. It's easier, I think, to make effective criticisms of all of them if we understand the distinctions between them.
Posted by Mark Richardson at 5:08 pm