Nisbet: the problem of community 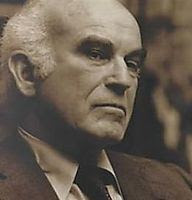 I have now finished reading the first part of Robert Nisbet's 1953 work The Quest for Community. If you recall, I found the opening sections of this book to be a powerful criticism of nineteenth century liberal individualism (see here and here).

I also wondered why Nisbet did not have more influence within the conservative movement of his time. I think the answer is to be found in the basic argument Nisbet goes on to make in the first part of his book. In its briefest form the argument is:

1. The reason why traditional forms of community are moribund is that they no longer have a significant economic or political function. Therefore they do not hold allegiance as they once did.

2. It does not matter if these traditional forms of community (such as family) do not survive. The form does not matter, what is needed is any form of local and personal community to meet individual needs.

3. The voluntary forms of association which were supposed to replace the traditional kinship based ones have not appeared, leading to social withdrawal and alienation.

The first step in the argument undoubtedly has some truth to it, but is overstated. The second I disagree with. The third has been confirmed by the research of later sociologists, such as Robert Putnam.

Here is Nisbet setting out his main argument:

...For more and more individuals the primary social relationships have lost much of their historic function of mediation between man and the larger ends of our civilization...

In any society the concrete loyalties and devotions of individuals tend to become directed toward the associations and patterns of leadership that in the long run have the greatest perceptible significance in the maintenance of life...

In earlier times...there was an intimate relation between the local, kinship, and religious groups within which individuals consciously lived and the major economic, charitable and protective functions which are indispensable to human existence.

Our present crisis lies in the fact that whereas the small traditional association, founded upon kinship, faith or locality, are still expected to communicate to individuals the principal moral ends and psychological gratifications of society, they have manifestly become detached from positions of functional relevance to the larger economic and political decisions of our society. Family, local community, church, and the whole network of informal interpersonal relationships have ceased to play a determining role in our institutional systems of mutual aid, welfare, education, recreation, and economic production and distribution. (pp.45-47)


There are two reasons for this being an overstatement. First, some of these traditional groups do still have a significant functional role in society. It is still the case, for instance, that family plays a significant role in mutual aid, welfare and recreation. If I think of my own life, it is my parents who have been the most reliable source of support, in terms of finances, advice and practical assistance. Similarly, the family is still important when it comes to an individual's economic interests in society. It is easier to advance economically if you have the support of a spouse and if your parents invested in your education.

Second, the viability of these traditional associations does not rest entirely on their economic or political function. Why, for instance, does it make sense for individuals to pair bond early in life within marriage? The answer is not just for economic or political advantage. It is, in part, because it is prudent to bond early, when in our prime, so that we have a strong basis for a partnership that will last us into the long decades of middle and old age. And we tend to discover that sex has such a strong unitive aspect that casual relationships are jading and damaging. For some people, too, the ideal of self-sacrificing love within a faithful relationship is an elevating spiritual good in life that is pursued for this reason, rather than for social function.

Nonetheless, Nisbet has a point. Traditionalists ought to be concerned that the institutions we support do not have their economic, welfare and political functions undermined, because this does contribute to the undermining of these institutions.

Decades ago, I was struck when reading nineteenth century diaries how much closer sibling relationships were compared to today. In particular, the relationships between brothers and sisters were noticeably stronger. Why would this be so? At the time, I suspected the reason was that brothers and sisters were more dependent on each other. If her parents died young, an unmarried woman might rely financially on the support of her brothers. A man who was injured might rely on his sister to nurse him back to health.

The point is not to deconstruct public hospitals so that this functional relationship is restored. It is, instead, to be sensitive to ways in which public policy might undermine the role of the family, or the local church, or the local town hall.

This is not just an economic issue. Take, for instance, the role of fathers. There is a trend in modern societies to reduce this role to that of "walking wallet". If allowed to continue, the role won't appear to young men to fulfil, in Nisbet's terms, a "principal moral end" or "psychological gratification" in life. So the challenge is to organise society in such a way that men play a more significant role as fathers. This might mean freeing up time for adult men to spend with their sons; it might mean organising worthwhile father son activities; it might mean providing resources for fathers to inculcate important values in their children; it might mean providing a more masculine role for fathers within a local church and so on. It would also be important to preserve, wherever possible, a degree of paternal authority and status in society.

To put this another way, if the first step is to abandon the liberal ideology that dissolves, as a matter of logic, the traditional institutions, there still remains a second step of organising society in a way that upholds the significance to the individual of these institutions. This means, in particular, setting limits to the organisation of society along mass, impersonal, standardised, bureaucratic lines, and instead allowing, wherever practicable, economic and political decisions to be made first at the level of family and second at a local, communal level.

(I had a debate recently with someone who told me that my children belonged to the state rather than to the family. This is exactly the outlook that then removes economic and political significance to the family, and therefore allegiance, commitment and viability.)
Posted by Mark Richardson at 1:49 pm