Clarissa and the Hutterites

Clarissa, the liberal academic, has written a follow up post. She is perturbed that there are people who think than men and women are different by nature. All differences, according to her, are social constructs.

It's not surprising that Clarissa would think this way. She is committed to a liberal world view in which what distinguishes us is that we self-define who we are. In this view, our individuality is threatened by predetermined, collective identities such as that of being a man or woman or belonging to a particular ethnic group. Clarissa believes that we should work out a unique identity for ourselves, as this will give us individuality. She writes:


Sadly, many people are too stupid and lazy to work out their own individual identity, their own unique worldview. This would be a life-long project of self-improvement and learning, and many people choose not to think or make an effort. In the absence of an individual philosophy of life, they allow outside authorities to fill their inner void with content. The easiest way to organize your existence in the absence of a personality of your own is by adopting some collective identity. Gender roles work beautifully for this purpose because zero effort is required to practice them. Why figure out whether you like pink, blue or orange when you can always allow some manipulative salesperson make that decision for you and make you feel like you actually have a meaning as a result of adopting this “preference”?


If this were true then traditionalists would be lazy conformists, whereas liberals would be independent-minded individualists.

The first problem in accepting Clarissa's take on things is that she is the one following an intellectual orthodoxy. It takes a degree of non-conformism these days to be a traditionalist, whereas the liberal view is the standard ruling one. If Clarissa really spent a lifetime of study working out her own individual worldview, why did she arrive at the stock standard one? Why did she join the intellectual herd?

There's another problem with Clarissa's view that I'd like to raise and I'll illustrate my point with a photograph I posted recently of some Hutterite men: 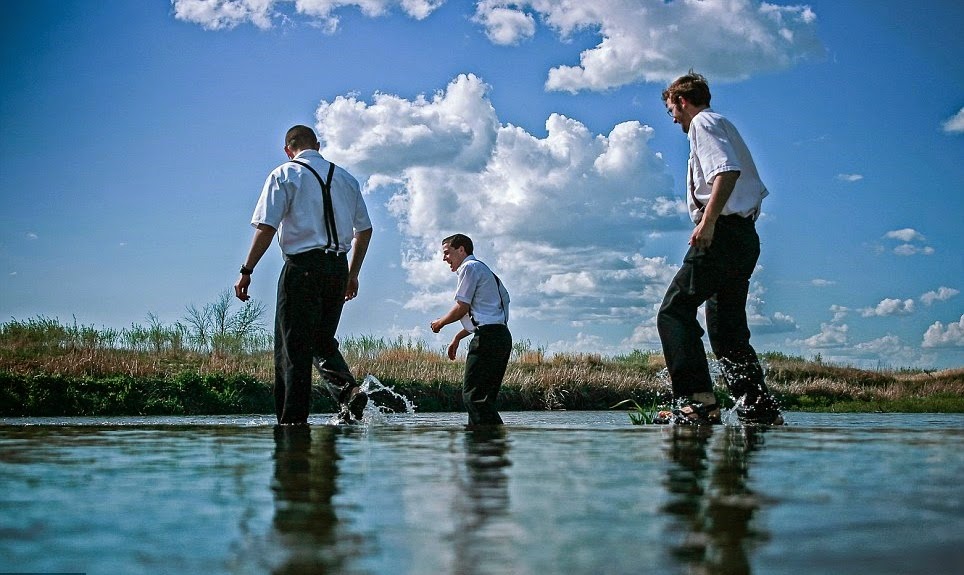 These men belong to a small religious community sharing similar values and wearing the same clothes. If Clarissa were right, then these men ought to be low on both individuality and energy. But in the photo they don't appear that way. They don't come across as drones at all, but as healthy and spirited young men, of neither the wimpy nor the thuggish variety.

Where Clarissa and other liberals get it wrong is in thinking that we lose individuality when we are connected to deeper, inherited forms of identity. Such collective identities don't make us carbon copies of each other: if you put 100 men together you get plenty of individual particularity, just as you would if you put 100 English people together.

Where individuality is suppressed is when the individual is demoralised by experiencing life as an atomised individual. The Hutterites do not look demoralised.

And then there's the issue of identity. Clarissa uses the word but empties it of meaning. She talks about people working out "their own individual identity, their own unique worldview." As I've already noted, that would mean that Clarissa herself has no identity as she has failed to work out a unique worldview of her own, preferring instead to go with liberalism.

It means too that the word "identity" becomes curiously close in meaning to that of "worldview". That makes identity remarkably fluid and unstable - if I change my worldview then my identity changes along with it. Can there be a sense of continuity of self in such a view?

Connecting identity and worldview so closely means that identity becomes an intellectual, self-generated thing; if it has meaning, it has it as an intellectual conceit ("I'm not like the others, I think differently").

And, anyway, in Clarissa's view it is not so much identity itself that has meaning but the process of selecting identity. In other words, it is not the form of identity we end up with that carries weight or has meaning, but the intellectual effort to form one. So identity doesn't matter in itself.

In the traditional view, identity does matter. For instance, if I identify as a man, then that connects me to facets of my being (physical, emotional, spiritual); to the values associated with the masculine; to one aspect of my telos (i.e. to what I am rationally developing toward in fulfilment of my being); to other aspects of identity associated with manhood (e.g. fatherhood, being a husband); and to the roles associated with being a father or husband (amongst others).

Clarissa claims falsely that this is a passive account of identity; in fact, it is an active, complex and challenging one that no two men will complete in exactly the same way or with the same elements of success or failure.

It is also an account of identity that draws on the whole person, rather than the intellectual one alone. In this sense it encourages an "integrity" of self, i.e. a harmony of mind, body and soul, which again gives depth in comparison to a view of self based on "world view".
Posted by Mark Richardson at 9:00 pm