The tyranny of nature? 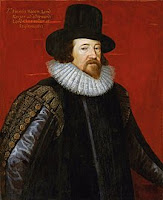 Patrick Deneen, in his excellent book Why Liberalism Failed, focuses on two strands within liberalism. The first is the one that I usually write about, namely the liberal belief in maximising individual autonomy. The second is one that was mostly new to me, but that deserves consideration. According to Deneen, Sir Francis Bacon, ushered in a new way of thinking about our relationship to nature and this is a core aspect of the liberal project.

Deneen set things out as follows:


The modern scientific project of human liberation from the tyranny of nature has been framed as an effort to "master" or "control" nature, or as a "war" against nature in which its study would provide the tools for its subjugation at the hands of humans. Francis Bacon - who rejected classical arguments that learning aimed at the virtues of wisdom, prudence and justice, arguing instead that "knowledge is power" - compared nature to a prisoner who, under torture, might be compelled to reveal her long-withheld secrets.


This post takes the form of notes that I wish to make in regard to this, rather than a final position. I need to think about this more, but it does strike me initially that Deneen is onto something important here, something that explains aspects of modern liberal politics.

Let's take the issue of the war on masculinity. Why would liberals feel so comfortable describing masculinity in negative terms, as something that is "toxic"?

Part of the answer is the one I have always set out. If liberals want to maximise autonomy, and autonomy means being self-determined, then individuals have to be "liberated" from predetermined qualities, like the sex they are born into. Simple - and this is how liberals themselves often frame things (with talk about autonomy, self-determination, choice etc.).

But the Baconian revolution in the way we think about nature also supports the liberal mindset. Think of it this way. If you are a traditionalist you will believe that we are a part of nature, i.e. that we stand within it and that therefore a purpose of life is to order ourselves and our communities harmoniously within the given framework of our created nature and of the nature of the world we inhabit. We will also seek for the beauty, truth and goodness of our being within this larger created order.

If, however, you adopt the Baconian mindset, then you will assume that we stand outside of nature, seeking control over it, wishing to subdue it. Value is no longer so much to be found within given nature, but in its use as a raw material to realise human purposes and desires that are separate to it. It is the realisation of human desires and purposes that now carries meaning, and this occurs through our sovereign rule over nature, our conquest of it.

Therefore, the "truth claims" of traditionalists and liberals when it comes to masculinity hardly even intersect. Traditionalists will be oriented to the value inherent within masculine nature; liberals will see value in "manipulating" men's behaviour (as you would a raw material) to suit the purposes set by society.

Liberals are likely to be focused on what purposes masculinity has been "socially constructed" for and to think it normal to debate how masculinity might be reconstructed to fit a more "progressive" social narrative - such as a feminist one (at the same time, the autonomy strand within liberalism will insist on there being "masculinities" as a sphere of choice).

The traditionalist attitude might run from a light traditionalism to a deeper one. Most traditionalists would hold that masculinity is hardwired into a man's nature and that this gives definite limits on how men might be "reconstituted" within a culture.

The deepest form of traditionalism would hold that masculinity exists as an "essence" within nature, i.e. that it exists not only as a characteristic of individual men but as a principle of reality, and that there is a quality of goodness within the higher expression of this essence. Therefore, an individual man has the opportunity to embody a "transcendent" good through his masculine nature. Our forebears therefore put much emphasis on pursuing what was noble within a man's nature, and rising above the base.

You can see why it's so frustrating when liberals and traditionalists argue on this issue. The frameworks are so different, so set apart, that it's not possible for the arguments to intersect, let alone for the two camps to come to any form of agreement or compromise.

There are a few additional points to be made when looking at the influence of Bacon on liberal thought. I find it interesting that the poet Shelley, writing in 1820, identified Bacon as one of the key early figures in liberal thought:


...the new epoch was marked by the commencement of deeper enquiries into the point of human nature...Lord Bacon, Spinoza, Hobbes, Boyle, Montaigne, regulated the reasoning powers, criticized the history, exposed the past errors by illustrating their causes and their connexion...


The Baconian aspect of liberalism has also possibly contributed to some of the features you find within modern political thought.

1. Blank slatism. If nature is thought of as raw material, that humans stand outside of and subjugate for our own purposes, then this supports the idea that we are dealing with a "blank canvas".

2. Humanism/universalism. If you think of politics in terms of a revolution in which humans stand outside of nature and conquer it to relieve the human condition, then the key protagonist is "humanity" rather than particular nations. Also, if we are not standing within nature, then we won't have the same focus on the need for identity and belonging as constituent parts of our nature and this too undermines support for particular forms of community.

3. Functionalism. If we are no longer seeking meaning within nature, including beauty/order/harmony, but see nature instead as raw material to be used for social purposes, then it makes sense that there would be an emphasis on functionalism, for instance, in the architecture of the middle decades of the twentieth century.

4. Progress. If the aim is a humanism in which humans stand outside of nature, using it for our own purposes, conquering and subduing it, then it stands to reason that some liberals might see progress in terms of a history of economic and technological development and growth. They might then see this as a good in its own right, so that development is not thought of as helping to preserve or enhance an existing community, but as being in itself the higher aim or measure of success that all else is to be subordinate to, even if this means radically undermining communities for the purposes of maximising economic growth. (Some left-liberals do see progress as a moral arc rather than an economic one.)

A note to Melbourne readers. If you are sympathetic to the ideas of this website, please visit the site of the Melbourne Traditionalists. It's important that traditionalists don't remain isolated from each other; our group provides a great opportunity for traditionalists to meet up and connect. Details at the website.
Mark Richardson at 11:16 am