Every Eve knows and follows the best path? 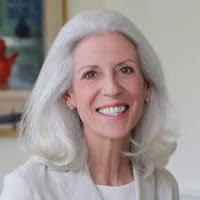 A pastor at Charlotte Congregational Church in the U.S., Susan Cooke Kittredge, has come out in support of abortion. The reason she gives for supporting abortion is interesting, as it gets to a fundamental issue in politics:


"Sadly, our starting point seems to be that women aren’t trustworthy. We can go back to the Garden of Eden to see the church’s interpretation of Eve’s fallibility. In cultural, religious and state realms, women have been perceived as needing the restrictions of ruling authorities—that were historically male—to coerce their compliance in many areas. The underlying assumption has been that women cannot know what is best for their families, their children, their lives and their communities.

We need to question our entrenched cultural distrust of women and summon the courage to face the answers and commit to change. My hope is that everyone will hold the questions in one hand and God’s hand in the other."

She can push this confidently because it is an assumption that is woven into liberal culture.

Finally, the notion of what is right tends to be lost once the liberal principle is set in society. Once you tell people that the key thing is that nothing is to interfere with their own will in deciding what to do, and that there is no legitimate moral authority outside of this, then it quickly descends to the principle of "I chose it, it is my desire, I should not be judged, I should act for my own pleasure/interest".

What then tends to happen is that the lower, "animal" side of human nature is let loose of the moorings provided even by our own individual prudential reason - which itself is not strong enough to guide people to act according to what is best for themselves and their community.

This is why traditional societies upheld social standards and cultural norms, within institutions like the family, schools and churches, to transmit the inherited and collective wisdom of the past to influence the behaviour of individuals, as a necessary buttress to their own reason.

Edmund Burke put it well when he wrote in the eighteenth century:


We are afraid to put men to live and trade each on his own private stock of reason; because we suspect that this stock in each man is small, and that the individuals would do better to avail themselves of the general bank and capital of nations and of ages.


One of the reasons that Susan Cooke Kittridge gets things wrong is that she believes that this effort of cultural transmission was not to help individuals to successfully regulate their own behaviour rationally, virtuously and prudentially, but to oppress women. She writes:


What I have found inescapable in the discussion about abortion is the inherent subjugation of women. The underlying assumption seems to be that women aren’t capable of making such deeply important decisions for themselves, that society must step in and direct women who, for whatever reason, are deemed unable to follow a morally acceptable path.

Because reproduction is tangled with sexuality, an unexpected or unwanted pregnancy bears shadows of unchained lust and desire. This, of course, has been true for millennia and though we may consider ourselves staunch supporters of equal rights for women, we are not, I think, aware of the insidious ways the view of women as less than men has pervaded our culture and understanding.


Traditional society "stepped in" to help guide the behaviour of both men and women. Both were thought of as having fallen natures. Both achieved their higher potential only through a difficult process of cultivating habits of virtue. Both required the assistance of a culture that was transmitted in the home, at school and by the church.

It's true that regulating the sexuality of young women was thought of as particularly important, but the chaos of the modern sexual landscape, and its negative effect on family formation, should make clear why this was the case - and why it was mothers within the family who did much of the work in transmitting the cultural norms to their daughters.

Susan Cooke Kettridge is, perhaps unwittingly, following a line of thought which goes back centuries and which claims that we can have a peaceful and harmonious society in which individuals can equally and freely choose what to do - and that the only thing hindering this is the existence of power structures through which one class of people exploits and oppresses another.

Initially, these power structures were thought to be economic class ones, led by the aristocracy and then by the bourgeoisie. Now it's racial and sexual classes, with whiteness and maleness being the stumbling blocks to freedom.

But it's all fundamentally misconceived. You are not going to get peace and harmony in a society in which individuals are perfectly free to act according to their own will and reason. The idea that individuals will choose to act according to the best interests of themselves and their community is just wishful thinking. Absent the restraining and guiding influence of embedded social standards and cultural norms, people will increasingly act to satisfy immediate wants and desires or in pursuit of self-interest or in addiction to the age old vices which are part of human nature.

We will just end up observing the decline of our culture and society.

A note to Melbourne readers. If you are sympathetic to the ideas of this website, please visit the site of the Melbourne Traditionalists. It's important that traditionalists don't remain isolated from each other; our group provides a great opportunity for traditionalists to meet up and connect. Details at the website.
Mark Richardson at 1:11 pm